“Thank you Vice President Mike Pence” are the words every supporter of Israel should say as the Vice President of the United States embarks on his inaugural trip to the Jewish State.

“Thank you for standing with Israel, for recognizing that Jerusalem is the capital of Israel, and for your many years of support of the State of Israel.”

In 2004 Pence sponsored House Bill, H.Con.Res371 which supported the construction by Israel of a security fence to prevent Palestinian terrorist attacks.

During the 111th Congress (2009-2011), he supported the Jerusalem Embassy act, and advocated defunding the UN Relief and Works agency for Palestinian refugees.

Since being elected he has said this administration would “make America and Israel safe again” and would “stand side-by-side with the Jewish people.”

In a taped broadcast, Pence said, “Israel is not just our strongest ally in the region. As I’ve said for so many years, Israel is our most cherished ally in the world.”

This year at the American Israel Public Affairs Committee’s annual conference, Pence noted that Americans must stand with Israel, “because her cause is our cause, her fight is our fight.”

Put simply, Vice President Mike Pence is a friend of Israel and all thanks should be extended to him during this visit to America’s closest ally. 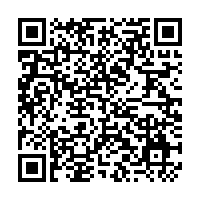