Rabbi Naftali Tzvi Yehudah Berlin (Netziv) describes two models of halakhic development in his magnificent Introduction to the Sheiltot d’Rabbi Achai Gaon.  A posek sees each circumstance and set of facts as unique, and seeks a religious response that addresses that uniqueness.  By contrast, a lamdan tries to build general principles and abstractions that apply to all circumstances and all times.


By framing intuitive, situation-specific responses as a mode of halakhah, Netziv forces us to ask: What is the purpose of law?

I suggest the following: Imagine a world in which each human being reacts to every situation in accordance with his or her direct perception of Divine Will.  The Divine Will may be different for you than for me.  For example, my character might best be developed by cultivating uncritical generosity, while you need to overcome the culpable naivete that leads you to donate large sums to fraudulent charities.

Social contracts are based on principles that harden into rules.  Netziv argues that this must be an iterative process.  Lamdanim draw perfectly straight lines connecting previously decided halakhic points, and argue that these lines define the boundary of the acceptable; poskim recognizes that an infinite number of curves can be drawn between two points, and that the straight lines yield rules that are simply wrong in many individual cases.  The lamdanim must constantly revise their models to account for new points decided by the poskim, and the poskim must stay within lines that have already hardened.

Great poskim recognize that lines are two-dimensional, which is to say that they can only create boundaries within a single plane.  Thus if we acknowledge the existence of infinite dimensions, the lamdanim can never fully constrain the poskim. But the vast majority of us live in a much less exuberant religious geometry.

This brings us to the case of Devorah the Prophetess.  There is no question that existing halakhic lines, such as those found in Rambam’s Mishneh Torah, appear to be drawn with the intention of limiting women’s leadership roles.  But these lines were drawn on the basis of minimal textual evidence, and few concrete halakhic applications.  By contrast, there is no question that Devorah led, and that she functioned as a judge.  This is true even if one concedes that “shoftim” means political leaders rather than judges, since the haftorah tells us that “all Israel went up to her for judgment”.

The simplest way of drawing the lines requires us to “chokify” Devorah, to say that she was an exceptional case that has no implications for the halakhot of leadership.  This is where lamdanim pull the suggestion in Tosafot that Devorah functioned on the basis of an explicit Divine decree suspending the ordinary laws regarding women’s leadership.

But we can argue with at least equal plausibility that the case of Devorah teaches us that the simple lines are wrong.  After all, an explicit and perfectly straightforward verse says that she served as a judge!  Perhaps we should chokify any undeniable halakhic restrictions on women’s leadership, while generalizing the example of Devorah to the extent we can.

Tosafot recorded both options. Each reverberated throughout medieval Ashkenaz and Sefard, and each found new and enthusiastic exponents during the early years of religious Zionism.  For example, in 1920 Rabbi Yaakov Levenson published a book called The Equality of Women from the Halakhic Point of View, which enthusiastically argued that the restrictions on women’s leadership found in Rambam’s Mishneh Torah had essentially no applications in a democratic society.  Rabbi Levenson was Chairman and then President of American Mizrachi. Rabbi Yosef Kanovitz of Toronto, President of the Agudat HoRabbonim of the US and Canada, wrote in strong but civil disagreement, and Rabbi Levenson responded with equal civility.  The contemporary conversation largely reiterates the substance of their exchange, but in a regrettably different tone.

My own opinion largely tracks that of Rabbi Levenson in practice.  On the immediate issue he addressed, namely women’s suffrage, there is now a practical halakhic consensus in his favor, and any line-drawers must take that into account.

Halakhah should not be decided by projecting historical trends, and there certainly remain areas of leadership about which reasonable and responsible halakhists and halakhic communities can differ passionately.  But the example of Rabbis Levenson and Kanovitz shows that there is no reason, and perhaps no excuse, for making those passionate differences the cause of Orthodox schism. Netziv further offers a model for understanding both approaches as legitimate. Let us rather try genuinely to convince each other. 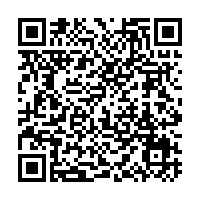