Western civilization was born in Mesopotamia as a civilization of idolatry, slavery, and human sacrifice. Abraham is the forefather of the moral revolution that, as an alternative to the Mesopotamian culture of falsehood, tyranny, and veneration of death, gave the world the culture of monotheistic truth, love of humanity (humanism), and the sanctification of life, freedom, justice, and peace.


Because Abraham spread his values through personal example, with his death and his progeny’s descent into Egypt the civilizational revolution he had started almost disappeared. It was salvaged thanks to Moses, who added to the cultural-moral revolution a religious revolution aimed at preserving Abraham’s values through the observance of commandments and rituals that were derived from morality.

Although the religious revolution indeed preserved Abrahamic morality, the three monotheistic religions that adopted most of the values of that morality failed to make the world more moral. This was not only because of the wars between them, but primarily because of the fierce wars among factions and sects within them.

The horrors of the Thirty Years’ War between Catholics and Protestants (1618-48) played a central role in the secularization of Europe, and also in paving the way to the proclamation of the “death of God”—that is, the death of morality. Freed from the yoke of morality, secular Europe produced tyranny, death, and destruction on an order never seen in the religious wars, nor in the Mesopotamian pre-moral idolatrous era that preceded them.

Unlike Europe, the Anglo-Saxon democracies separated the state from the church but not from the morality of the church, which is Abrahamic morality. As a result, they achieved prolonged stability and prosperity and could fulfill the moral duty to mobilize three times to rescue Europe and the world from the horrors that morality-free European secularism had brought about.

The Abraham Accords were reached at a time when the US, patron of the Accords, is in the midst of a severe domestic societal crisis stemming from European progressive liberalism’s takeover of American democracy. Like communism before it, progressivism strives to dismantle and destroy the old world; but unlike communism—which, as an alternative to the “old” world, offered a “new” world as a replacement—progressivism is satisfied to destroy what exists while changing the world into a mass of humanity without clear boundaries, identities, or obligations, though replete with rights.

America’s disavowal of Abrahamic morality could put an end to morality in the West (and the world at large). That means the Abraham Accords must be used to launch a much greater project than conferring peace on the Middle East: an effort to rejuvenate the Western civilization that was born in the East by reinculcating the moral values that have been lost and that history proves to have no substitute.

The groundwork for this effort was already laid by the United Arab Emirates with the Abrahamic Family House it has built: a tourist compound, spectacular in its architecture, that upon completion will include houses of prayer for the three monotheistic religions, all of which were born in the East. All that needs to be added to the tourism dimension is an institute for research and teaching. The Family House can then become, as well as a global tourism site, an educational-cultural center that can disseminate Abraham’s values of morality, justice, and peace to the West and the world.

The effect of progressive liberalism’s “multiculturalism” is to blur the world’s cultures. As an alternative, in the spirit of “And in you all the families of the earth will be blessed,” the Children of Abraham project could offer a different reality: a “multifamily” world comprised of a variety of nations, religions, and beliefs, including secularism, with a clear-cut identity and a high signature. A common morality, with values derived from nature, can allow these nations, religions, and beliefs to live at a high level of harmony like that which prevails in nature, and—no less important—to live at a high level of harmony between themselves and nature. 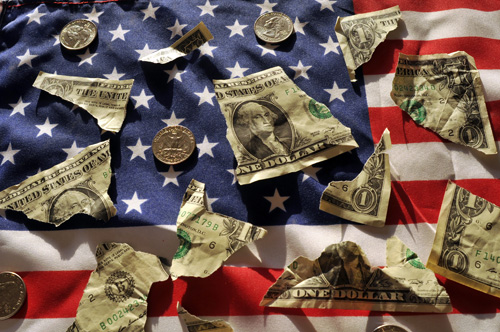 A Debt That Can Destroy a Nation