The Anti-Defamation League has been demoted.

The ADL was initially tapped to be one of four groups that would lead Starbucks’ mass racial-bias re-education program next month for all of its employees. But after the coffee-shop chain was deluged by complaints from left-wing groups denouncing the ADL as anti-Muslim, Starbucks backed down.


It announced last week that the ADL would no longer help create the diversity training when it shuts down its stores nationwide on May 29. Instead, it will now be considered one of the “diverse array of organizations and civil-rights experts” that Starbucks might consult.Bottom of Form

That Starbucks heeded the complaints about the ADL from Louis Farrakhan fangirls like Tamika Mallory and Linda Sarsour, as well as the anti-Zionist and equally anti-Semitic Jewish Voice for Peace, is a disgrace. That bigots like them are now able to successfully preach about bias to a business as large and visible as Starbucks also tells us a lot about the growing influence of the hard left in today’s polarized America.

Yet, while this insult to the ADL is outrageous, it’s also deeply ironic. Under Greenblatt’s leadership, the ADL has shifted from its traditional liberal yet nonpartisan stance to one that is often openly partisan and eager to please the very same left-wing constituency that just attacked it.

Under Greenblatt’s direction, the ADL has pandered to the left by publicly taking issue with Israel’s government and has also shifted from its tough stance against Islamists and their apologists, including the Council of American Islamic Relations, to one in which its fire is mainly directed at those who lead the fight against such radicals.

That was made clear in recent weeks when Greenblatt – a former Clinton and Obama staffer – joined with other Democrat partisans in opposing the nomination of Mike Pompeo to be the next U.S. secretary of state. Like CAIR, the ADL falsely accused Pompeo of Islamophobia – an act of rank hypocrisy since the Pompeo statements they cited in a letter to Congress reflected the ADL’s stance before Greenblatt assumed control of the group.

Just as bad was the ADL’s public condemnation of Canary Mission, a group that fights anti-Semitic and anti-Israel actions on college campuses. Much like its ill-advised broadside against Pompeo, who is an ardent friend of Israel, the ADL accused Canary Mission of employing “Islamophobic and racist rhetoric” in its battle against the BDS movement.

The ADL backed down a bit last week when a spokesperson admitted “it was wrong to apply those labels to a group working, like us, to counter anti-Semitism on campus.” But it remained on record as opposing much of what Canary Mission was doing with its no-holds barred attempt to expose the actions of campus anti-Semites. The ADL’s effort to have one foot in the pro-Israel community and another in the camp of those seeking to appease radicals satisfies no one.

Its dilemma is similar to the plight of Jewish college students who arrive on campus and must often choose between supporting Israel and desiring to stay in tune with liberal political fashion. The Starbucks debacle reminds the ADL that staying true to its mission to monitor and fight anti-Semitism will make it anathema to all sorts of radical groups and individuals whose sway over companies, as well as academic institutions and other strongholds of liberal elites, is growing.

For believers in intersectionality – an idea that asserts a direct link between causes like the Black Lives Matter movement here in the United States and the Palestinian war on the Jewish state – the ADL’s position as an opponent of racial discrimination and a supporter of Israel and Zionism is anomalous. The Left sees all such struggles as a binary battle in which all who are perceived as aggrieved minorities must be supported against First World oppressors.

While this is a tragic distortion of the truth, it has given Black Lives Matter and Women’s March activists, as well as their Jewish fellow travelers in Jewish Voice for Peace, a license to engage in anti-Semitism. As such, there can never be any compromise between them and a group like the ADL, which, for all of its recent mistakes, remains an essential part of the fight against Jew-hatred and all forms of prejudice.

The Starbucks fiasco shows how little middle ground remains as extremists seek to purge liberal-leaning centrists from the public square. The ADL’s supporters must urge its leaders to stop pretending that a partisan tilt will protect it from an increasingly bold and anti-Semitic left. If it is to remain relevant, it must return to its traditional nonpartisan role.

Of course, that won’t win it any cheers from those, like Starbucks, who are now under the thumb of ideologues. But it will regain the respect of liberals, centrists, and conservatives who want it to continue to play an essential role in the fight against anti-Semitism. 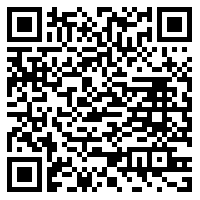