President Donald Trump on Wednesday signed into law S. 447, the “Justice for Uncompensated Survivors Today (JUST) Act of 2017,” which requires a report on the actions of certain foreign countries with regard to the disposition of Holocaust era assets.


The new law directs the Department of State, with respect to covered countries (signatories to the Terezin Declaration that are determined by the Special Envoy for Holocaust Issues to be countries of particular concern with respect to restitution), to annually include within either the relevant Annual Country Report on Human Rights, the International Religious Freedom Report, or other appropriate report an assessment of the nature and extent of national laws or enforceable policies regarding the identification, return, or restitution of wrongfully seized or transferred Holocaust era assets and compliance with the goals of the Terezin Declaration on Holocaust Era Assets and Related Issues.

These include: the return to the rightful owner of wrongfully seized or transferred property, including religious or communal property, or the provision of comparable substitute property or the payment of equitable compensation to the rightful owner; the use of the Washington Conference Principles on Nazi-Confiscated Art and the Terezin Declaration in settling claims involving publicly and privately held movable property; the restitution of heirless property to assist needy Holocaust survivors; and progress on the resolution of claims for U.S. citizen Holocaust survivors and family members.

The Terezin Declaration was approved by 46 countries and officially announced in a speech by Czech Prime Minister Jan Fischer at a closing ceremony on 30 June 2009 in Terezin. The participating countries emphasized the importance of providing restitution for communal and individual immovable property. 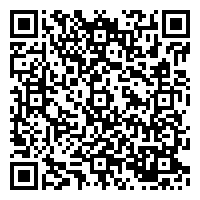