To be a Jew today means your life will be defined by collective moments of agony and of pride. Jewish people may be admired by some for our resilience, our dignity, our courage and our tenacity to persevere in the face of a history of relentless hatred, but we are still reviled by others. These are groups of people who—for reasons that only philosophers and theologians might attempt to understand—buy into grand paranoid delusions and conspiratorial theories about our people. Theories abound that Jews are responsible for everything from controlling the U.S. and world governments to spreading COVID-19 to replacing Americans with immigrants to the genocide of another people.

It all seems so familiar to us by now. Jews are attacked for the “crime” of being Jews, whether in Pittsburgh, Poway, Brooklyn, Los Angeles, Jersey City, Monsey, and now, in Colleyville, Texas. Our despair as a people was heightened this Saturday upon the news of four congregants, including the rabbi, being held hostage in their synagogue by Malik Faisal Akram for nearly 11 nerve-wracking hours.

Akram called for the freeing of his metaphorical “sister” Aafia Siddiqui, a woman known as “Lady Al-Qaeda,” who threatened to kill American officials at gunpoint in Afghanistan. She is a highly educated neuroscientist who went to MIT, holds a doctorate from Brandeis University and had designed several plans to “blow up” parts of New York. She is known to have delusional fantasies of “Americans kidnapping Muslim children and turning them into Christians.”

What is so horrific, however, is that he was not alone. In 2018, the Pakistani Senate passed a resolution calling her “Daughter of the Nation,” and Pakistani Prime Minister Imran Khan has called for her release several times.

Even more disturbing is that according to noted anti-terrorism expert Steven Emerson, the Council of American Islamic Relations (CAIR), the Islamic Circle of North America (ICNA), American Muslims for Palestine (AMP) and many other groups have lionized her, making her into a “martyr” and “victim” of “human-rights abuses” at the hands of the United States, even holding rallies on her behalf.

With the spotlight still on Colleyville, CAIR says they stand in solidarity with the congregants of Congregation Beth Israel. Yet at a rally just last month, CAIR’s Dallas-Fort Worth chapter held a rally with AMP and ICNA to free Siddiqui.

Last November, political activist Linda Sarsour spoke on a webinar hosted by CAIR invoking intersectionality, saying: “To me, she embodies a political prisoner, and I see her in the same realm that I see Imam Jamil and Leonard Peltier, and many other former Black Panther Party leaders and others who have been subjected to torture and subjected to solitary confinement, and subjected to things that no human being should be subjected to in our incarceration system.”

At a September CAIR rally in front of the Texas prison where Siddiqui is being held, American- Pakistani social activist Nadrat Siddiqui said: “One of the few ways that these political prisoners, which Dr. Aafia is … can achieve a measure of justice that is, is really in the court of public opinion because as we see, the court, headed by the Zionist judges usually, and other judges who have a vested interest, they never give a damn about the Muslim prisoners … .”

During her trial, Siddiqui told the judge, she didn’t want Jews in the jury “if they have a Zionist or Israeli background. … I have a feeling everyone here is them, subject them to genetic testing.”

Matthew DeSarno, FBI Dallas special agent in charge of the hostage crisis on Saturday, said the hostage-taker was thought to have been “singularly focused on one issue, and it was not specifically related to the Jewish community.”

Tell me that that’s why he chose a synagogue for his antics, and not a church, a mosque, a Buddhist shrine or a local 7-Eleven.

This was not only an act of terrorism. It was an act of anti-Semitism.

Being a Jew means being a part of a people with a long history of being singled out, as a “people which dwells alone.” Whether you assimilate entirely or side with the enemy—leading chants of “Free Palestine!” on college campuses—those who are determined to demonize our people and hate you for being one of us inevitably will.

The agonizing reality is that no matter how polite one is—no matter how humanistic, how compassionate—there will be those who single us out for hatred simply because we are Jews.

But then again, we are part of a proud legacy of attempting to be a source of what is moral, what is compassionate, what is right and what is just. And that inner knowledge is a source of our continuous, albeit quiet, moments of Jewish pride. 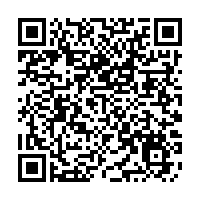