A young Jewish woman from Crown Heights was the victim of a rage-filled attack on the New York City subway in Brooklyn on Wednesday.

The incident occurred on the Brooklyn-bound Number 2 train, when the 23-year-old woman was attacked by a black man who got on the train at the Franklin Avenue stop.


The man entered the car at the beginning of the train, and proceeded to shout at the woman, who is visibly Jewish.

He also threatened the woman, saying, “you little Jewish girl better get off this train before I hurt you,” her family members related.

The attacker is described as a black male, in his mid 20’s with a thin build, about 6 feet tall. He was wearing black jeans, a red sweater, black jacket, ski mask and black sneakers.

The terrified woman fled from the train, and was extremely shaken by the attack, witnesses said. They added that equally shocking was the indifference of fellow passengers who remained silent and didn’t intervene.

A complaint was filed with the NYPD, which said the incident will be investigated as a hate crime.

This report first appeared on COLLive.com. 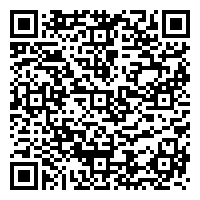