When debating America’s response to illegal immigration, liberals sometimes remind us that the Torah states, “You shall love the stranger for you were strangers in the land of Egypt” (Deuteronomy 10:19).

The Bible, though, must be read in context. Illegal immigrants who sneak into America are a far cry from the likes of Avraham Avinu or Yosef HaTzaddik. Our patriarchs generally brought prosperity to the lands to which they moved. Yosef even saved his adopted country from starvation. None of them relied on welfare or crowded hospital emergency rooms at the expense of the natives.


Avraham and Yosef also did not pose a threat to anyone. Most immigrants from Mexico and Central America, of course, also do not pose a threat, but it must be admitted that at least some of them are drug peddlers, kidnappers, and gang members who traumatize, terrorize, and torture innocent Americans.

Furthermore, most illegal immigrants to this country are encouraged or brainwashed to vote for politicians in the United States who oppose American and Israeli “nationalists,” who oppose freedom of religion when it conflicts with liberal values, and who oppose the merit system, which benefits Jews and other hardworking people seeking jobs.

Most illegal immigrants are also encouraged to vote for politicians who 1) at least tacitly favor the Iran deal, which benefits a country that unambiguously advocates death to America and Israel, and 2) champion the United Nations, which openly emboldens authoritarian regimes that slander, libel, and vote to condemn and sanction Israel.

Community leaders often remind us that G-d is not a member of a political party. True. But G-d would be increasingly uncomfortable in a party led to a great extent by people who 1) advocate the murder of innocent human beings if they haven’t left the womb; 2) re-define marriage to allow a person who practices what the Bible defines as an “abomination” to enter into holy matrimony with another such person, and 3) libel those who believe in biblical values as bigoted.

Jewish law requires pre-emptive action – not suicide. If somebody comes to kill you, you are not merely permitted to kill him or her first; you are obligated to do so. Preventing unvetted or inadequately vetted people who may wish to kill us from entering this country is thus very Jewish indeed.

Moreover, our grandparents and great-grandparents had American Jewish sponsors ready and eager to cover their expenses and give them jobs. Furthermore, a very high percentage of these immigrants ultimately distinguished themselves, contributing to society far more than they took.

In sum, the Torah tells us to love the stranger, but that does not mean we are obligated to welcome an unlimited number of them if they will pose a danger to us and undermine the biblical underpinnings of this country. 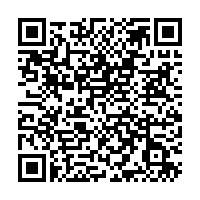