As the dust settles and the fog lifts from this tumultuous year of political campaigning, we are left to wonder how our country will evolve. Will the economy bounce back? Will our schools make progress? And how about U.S. relations with Israel? Will they grow weaker or stronger? Will the administration support an Israeli strike on Iran?

No one truly knows. Perhaps this explains the gripping fascination we had with the just-concluded campaign. The intensity of emotions was palpable. The explosive passion for one candidate or the other inundated the streets of our country. Tens of millions were glued to the presidential debates and media coverage of the campaign drew an impressive number of viewers, listeners and readers.


The question, of course, is why? Why were the boisterous noises of this election campaign so dominating? Why were we magnetized by the daily polls, the gaffes and the statistics? Why did we so often give in to our relentless urge to report about the political news of the day on Facebook, Twitter and other social arenas?

Some observers say it was the appeal to vote and make a difference that drew our attention so fiercely. Others say we were lured by the appearance and personality of the candidates, by the characteristics they exuded and which we strongly empathized with or profoundly desired –integrity, intelligence, charisma, etc.

I suggest an alternative take on this phenomenon: It was our yearning for leadership that drew us to the candidates and their respective parties. And understandably so; after all, our generation has repeatedly suffered from leaders – in politics, in sports, in culture and in many other realms of our lives – who fell so low shortly after climbing so high.

Thus, as we followed the candidates’ every move, as we listened to their every promise, as we acted on their every call, we hoped and prayed that authentic leadership could be restored, that people of merit would once again become leaders of spirit.

But our search for this leader ought not to focus solely on the outside. For this optimal leader exists deep within the chambers of our souls. And day after day he hankers to emerge and fulfill his high calling and noble potential to live a life of divine meaning, a life empowered by our heritage and traditions, a life bolstered by deeds of goodness and kindness.

“Behold, the days are coming,” the prophet Amos proclaimed, “when I will send a famine on the land – not a famine of bread, nor a thirst for water, but of hearing the words of God” (Amos 8:11).

It is the word of God, emanating from our inner quintessential leader, that we must seek out and realize.

Rabbi Lord Jonathan Sacks, chief rabbi of Great Britain, tells the story of how as a young student of philosophy at Cambridge University he traveled the world to visit great leaders. When he met with the Lubavitcher Rebbe, the Rebbe asked him about the condition of Jewish students at Cambridge, and what he was doing to help them.

Obviously there are times when we find ourselves in situations that are beyond our control. But at almost every given moment we are presented with the opportunity of putting ourselves in a situation of leadership wherein we are called on to heed the voice of our inner leader and become agents of light to the world around us.

The 2012 presidential campaign is now over. Whether its outcome is good or bad for our country, time will tell.

But there exists a campaign, beyond the limits of time and space, that will never end. The candidate in this campaign may not be glamorous or flamboyant, but he is ambitious and determined to unleash his unique potential and actualize his God-given skills and talents. This candidate is campaigning for a life term. He refuses to rest or resign. He begs us, each and every day, to give him a chance, to allow him to act, to let him speak, to permit him to be. He passionately yearns for your attention, and more important, for your support. 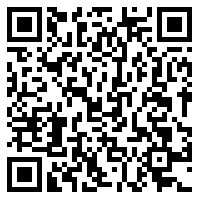