For most of the past two years, if not the past four, many conservatives and Republicans assumed that Barack Obama could not be reelected. A poor economy, an unpopular liberal agenda shoved down the throat of the country, and a largely uninspiring presidential leadership style combined to create a widespread belief on the right that the 2012 election would be a lay-up for them.

We now know what some of us suspected for a long time: Republicans drastically underestimated the president’s appeal as a historic figure.

The postmortem on the Republican failure to defeat the president will go on until 2016, but the finger pointing within the party will largely miss the point. The big problem was not Romney’s moderation (likely to be the right wing’s favorite theory); the influence of the Tea Party (the standard liberal interpretation); the failure to do outreach to Hispanics (though Republicans need to address this problem); Romney’s inability to run against ObamaCare; the GOP standard-bearer’s decision not to talk more about himself and letting the Democrats define him; the decision not to hammer Obama more over the Benghazi fiasco or even Hurricane Sandy.

The main obstacle to a Republican victory was that the party was seeking to defeat the first African-American president – one aided by a supportive mainstream media and buttressed by the power of incumbency and what turned out to be a tremendously efficient campaign organization.

Contrary to the delusion that Obama was a loser waiting to be knocked off, beating him was always going to be a long shot. Most conservatives were prepared to acknowledge that the majority of Americans were still pleased with the idea of righting some historic wrongs by electing an African-American in 2008. But they failed to understand that even though Obama’s administration was not widely viewed as a great success, at least half the country was not prepared to toss him out of office after only one term.

As an incumbent, Obama was able to claim credit concerning things for which he did not deserve many plaudits, like the killing of Osama bin Laden or even the response to the hurricane in the last days before the election. He also could count on the unfailing support of much of the media even when he was embarrassed by events, such as the Benghazi attack.

These were strengths that many Republicans continually discounted or disregarded entirely.

The close nature of the loss at a time when the national economy is still stagnant will naturally cause many on the right to speculate on what Romney and his campaign could have done differently. They will be right when they point out he should have fought back immediately against the slurs on his character that were the focus of much of the Obama campaign’s early efforts.

Maybe a perfect GOP effort could have gotten that extra one percent of the vote that would have turned a few close states and elected Romney. That’s something that will torment conservatives as ObamaCare is implemented and Obama continues to govern from the left.

But even his sternest critics must admit that Romney ran a creditable campaign and was able to use the debates to make the race closer and even take a lead in some polls in the last month. They must also acknowledge that the conservative assumption that the electorate in 2012 would be very different than it was in 2008 was wrong.

The good news for the GOP is that contrary to those who will claim a permanent Democratic majority, the circumstances of 2012 won’t be repeated in four years. Obama will be gone in 2016 and anyone who thinks that Joe Biden, Andrew Cuomo or even Hillary Clinton will have an easy time against the deep Republican bench that is ready to run next time misunderstands the nature of American politics.

The bottom line is that Barack Obama won the 2012 election far more than the Republicans lost it. Obama may be a remarkably unsuccessful president (he’s the first to win re-election by a smaller margin) but he was never the patsy most conservatives imagined.

Conservatives spent the two years since their 2010 midterm victory operating under a serious delusion about the president’s political strengths. That’s a terrible indictment of their political acumen, but it won’t affect their chances in four years when Obama is no longer on the ballot. 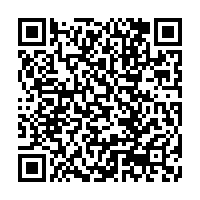