The recent pronouncement by the Roman Catholic Church to the effect that Catholics should not proselytize Jews, as Jews, without a belief in the Nazarene, are saved, has left me confused. Am I to understand the Church has rejected its long-held theological belief in Replacement Theology, clearly evidenced in Nostra Aetate and replaced it with a theology that goes beyond Pre-millennial Dispensationalism which is largely associated with the American Evangelical Christian community? Unlike Replacement Theology, which sees the Jewish People as rejected by G-d, Premillennialism believes there is a role for the Jewish People in the future of mankind through their return to Israel which will usher in the second coming of the Nazarene. It does not believe the Jews have found full grace in the eyes of G-d without the acceptance of “his son.”

Recent statements by Pope Francis have, on occasion, been well received by the Jewish community. For example, his statement that “anyone who does not recognize the Jewish people and the State of Israel — and their right to exist — is guilty of anti-Semitism…” In his first encyclical he wrote, “We hold the Jewish people in special regard because their covenant with God has never been revoked, for ‘the gifts and the call of God are irrevocable’ (Rom 11:29).” “As Christians, we cannot consider Judaism as a foreign religion. Dialogue and friendship with the children of Israel are part of the life of Jesus’ disciples. The friendship which has grown between us makes us bitterly and sincerely regret the terrible persecutions which they have endured, and continue to endure, especially those that have involved Christians.”


On the other hand, the recent announcement by the Vatican of an upcoming treaty to be signed with the State of Palestine and Fr. Lombardi, the Vatican spokesman stating. “Obviously this is an international agreement with the State of Palestine and reaffirms its international recognition” was viewed by the Jewish community as a step backwards in Catholic-Jewish relations. This begs the question, what is the touchstone the church employees with regard to its relationship with the Jewish People? I believe it is clear that it is Catholic theology. We can get some understanding of this by considering the tumult which arose when Pope Benedict allowed for greater usage of the traditional Tridentine Mass.

As an Orthodox Jew I can well relate to the feelings of those Catholics who wished to return to the Tridentine Mass. It was the Mass used by the international Roman Catholic Church portions of which date back more than 1,500 years. It was codified by the Council of Trent in the 16th century, and was the universal Mass of the Catholic Church until the introduction of the Mass of Pope Paul VI following the Second Vatican Council in 1965. Its language, Latin, its verbiage and in fact every aspect of the Mass are all clearly defined. Catholics across the globe entering Church found the service comforting and familiar much as Orthodox Jews visiting a Synagogue far from their home have the same experience with the Orthodox Siddur (prayer book.)

However, the announcement by Pope Benedict giving greater latitude to those in the Catholic Church wishing to offer the Tridentine Mass (Latin Mass) sparked an outcry from Jewish quarters. I believe it appropriate to review this occurrence in the light of Nostra Atatae which, in the 60s, was hailed by the Jewish establishment as a new dawn in Catholic Jewish relations.

Where does one begin? Perhaps the best approach is to review actual texts relating to Jews in both Nostra Atatae and the Tridentine Mass.

Among the conciliatory references to the Jewish people found in Nostra Atatae we find the following observation and statement: “True, the Jewish authorities and those who followed their lead pressed for the death of Christ still, what happened in His passion cannot be charged against all Jews, without distinction, then alive, nor against the Jews of today. Although the Church is the new People of God, the Jews should not be presented as rejected or accursed by God, as if this followed from the Holy Scriptures.”

Although Nostra Atatae avowed a respect for People of all religions, it nevertheless, as seen in the above quote, restated the involvement of the “Jewish authorities and those who followed their lead” in pressing for the Nazarene’s crucifixion by the Roman authorities. While not explicitly stated, one hopes this is a reference to the Sadducees and not the Pharisees, our Rabbinic leaders of the past upon whom all of contemporary Judaism is predicated and at whom Christian anti-Semitism was directed. “But woe unto you, scribes and Pharisees, hypocrites! For ye shut up the Kingdom of heaven against men: for ye neither go in yourselves, neither suffer yet them that are entering to go in. Woe unto you, scribes and Pharisees, hypocrites! For ye devour widows, houses, and for a pretense make long prayer: therefore ye shall receive the greater damnation.” Mathew 23: 13, 14. (To understand the attitude of the Pharisees to the birth pangs of Christianity one need but reference the Book of Acts, Chapter 5, where St. Luke recounts the intercession of Rabbi Gamliel, in the words of St. Luke, “a Pharisee called Gamliel, a teacher of the law held in high regard by all the People” in protecting the Apostles from the wrath of the High Priest, Joseph Caiaphas, a Sadducee.)

In stating “the Church is the new People of God” the Catholic Church reaffirms its long standing conviction that it is Catholic Israel, the spiritual embodiment of the Jewish People generally referred to in theological terms as Replacement Theology. It is commonly accepted that Replacement Theology has contributed in great measure to the denigration and persecution of the Jew. The only Christian Faiths that recognize a spiritual role for the Jew in G d’s plan for the future of His creation after the crucifixion are those that espouse Dispensationalism; a concept that places the Jew in the center of the future epic of the “second coming.” This belief is found particularly among Evangelicals and Fundamentalists.

Yet in spite of the above, the Jewish establishment recognized Nostra Atatae as ushering in a new opportunity for mutual respect between the Catholic Church and the Jewish People. I suspect, and this is only a supposition on my part, that this positive response was a recognition of the reality that, for the vast majority of Christendom, the Catholic Church included, the birth of Christianity in some fashion de facto includes a negation of the Jewish People as following the true message of G d. From a traditional Jewish perspective, the birth of Christianity overall was a positive moment in human history as through many of its tenets, there emerged within the heretofore pagan world, an acceptance of the Seven Laws of Noah, which, according to our religion, are a life style mandated by our Torah for the non-Jewish world.

The critique of the Tridentine mass is the inclusion in the Good Friday mass of a prayer for the conversion of the Jews. “Let us also pray for the faithless Jews, that our God and Lord may remove the veil from their hearts; that they also may acknowledge Our Lord Jesus Christ. Let us pray. Almighty and Eternal God, Who dost not exclude from Thy mercy even the faithless Jews: hear our prayers, which we offer for the blindness of that people; that acknowledging the light of Thy truth, which is Christ, they may be delivered from their darkness. Through the same Lord Jesus Christ, Who lives and reigns with God the Father in the unity of the Holy Ghost, God, through all endless ages.”

In these words the Tridentine Mass puts into prayer the extension of Catholic Israel and the rejection of the Nazarene by the Jewish People. Although I do take exception to the concept of “faithless Jews” or “perfidious Jews”, I do understand that, in a Christian sense, non-acceptance of what a Christian views as the greatest gift G-d has bestowed upon the world, that of his “only begotten son”, surely can only be understood by the believer as a faithless act. To pray that the “faithless Jew” accept that which is central to the concept of Christian salvation is surely understandable.

Both our sister Abrahamic Faiths are in part grounded in a redefinition of the true Judaism and the rejection of the Judaism practiced by the Jewish People. This redefinition of our religion and consequently the anointing of their own interpretation as the true Abrahamic Faith is always fraught with dangers for the Jew. Yet as I have shown Nostra Atatae, embraced by the Jewish establishment, reaffirms this fundamental belief. The Tridentine Mass gives it expression in prayer. For the Catholic Church, in its efforts to establish greater understanding of and friendship with the Jewish people, the belief that the Jews have erred in a very significant manner, is ever present.

As for the Jews, the famed Prime Minister of the United Kingdom, the First Earl of Beaconsfield, confidant of Queen Victoria, and member of the Church of England, Benjamin Disraeli, mused regarding the mind-set of the Jewish People, “The Jews are a nervous people. Nineteen centuries of Christian love have taken a toll.” 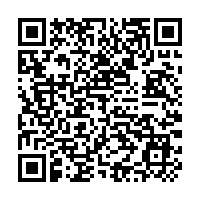