The Israeli Left, led by Meretz, ‘Peace Now’ and Haaretz, has launched a new crusade for freedom of speech – in the form of demands that members of the Zionist student group Im Tirtzu be denied freedom of speech and be prosecuted for exercising it. Really.

So what exactly is the crime of Im Tirtzu for which the Left wants it to be stripped of its freedom of speech in the name of protecting freedom of speech? Well, it seems Im Tirtzu dared to exercise its freedom of speech. It produced a video clip in which it criticized several ultra-leftist groups and their leaders as foreign-funded ‘plants’ in Israel pursuing an agenda harmful to Israel. You can see the clip at the bottom of this article. You can agree or disagree, as you wish. I take that back – the Left says you may NOT agree or else you will be arrested.


Those the clip attacks include a leader in the anti-Israel propaganda group ‘Breaking the Silence,’ which specializes in publishing baseless anonymous accusations against Israeli soldiers for supposedly misbehaving towards Palestinians, charges that have never been proven or confirmed in any court. ‘Breaking the Silence’ is funded by foreign hostile agencies and its funds are controlled and managed in the PLO’s Ramallah. I believe it is a front group for the communist party. It was in the news this week because of the outrage caused when President Rivlin spoke at a Haaretz ‘conference’ for leftwing anti-Semites, PLO terrorists and BDS hooligans in which BtS also participated. A group of 150 Tenured Tanzim at Israeli universities, some of them members of the communist party, have a petition this week ‘defending’ ‘Breaking the Silence.’

Members of the Fascist Left are demanding that the Attorney General open criminal indictments against Im Tirtzu because of the clip. After all, since when does freedom of speech include the right to criticize and mock the Left?!! Freedom of speech only covers leftist zealots screaming that Israel is an apartheid, criminal, fascist regime that must be dismembered, but certainly NOT anyone who dares to criticize those same people or call them names!!

The ultras named in the clip are among the petitioners for criminalizing Im Tirtzu, as are Meretz leaders. Haaretz, the Palestinian newspaper printed in Hebrew, makes it clear it wants Im Tirtzu criminalized. Ironically, while lots of people are outraged by the actions of groups like ‘Breaking the Silence,’ no one is petitioning the Attorney General to deny them freedom of speech (although there are efforts to keep BtS out of classroom indoctrinations); such anti-speech jihads are the sole domain of the Fascist Left! No one is demanding that B’tselem and BtS members be imprisoned or prevented from shouting on the street corners.

Of the 150 Tenured Tanzim who joined the flock baa-ing their support for the group ‘Breaking the Silence,’ not a single one has condemned those petitioning to have Im Tirtzu indicted nor defended Im Tirtzu’s right of expression and freedom of speech. The Reform synagogue movement in Israel, long a leftist group hostile to freedom of speech, joined the petitioning. So the local Reformies are not only hostile to Orthodoxy but also to democracy. In the past, the Reformies joined other Far Leftists in petitioning for the prosecution and demanding that books that contain bigoted opinions in the eyes of the Left by prohibited. Book burning is the highest form of freedom of speech for the Fascist Left. 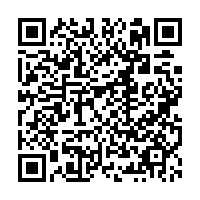