The terrorist leaders of Hezbollah in the north and the Palestinians in the south like to issue menacing threats. Hezbollah leader Hassan Nasrallah’s latest was that if Lebanon doesn’t get what it wants in maritime border negotiations, Israel won’t be able to drill for natural gas. Palestinian terrorists have also chimed in, warning that “if there are riots on the Temple Mount, we will launch missiles from Gaza” and “if Israel continues arresting Islamic Jihad operatives in Jenin, we will respond with anti-tank fire on citizens near Gaza.”

It was enough to see the concern on the face of Islamic Jihad leader Ziad Nakhala upon being informed during a television interview in Tehran that the IDF had launched “Operation Breaking Dawn” to understand his sudden realization that this equation had shattered. The arrests in Jenin hadn’t stopped, and instead of receiving his terms of surrender in the south, Israel eliminated one of his senior commanders and other terrorists in Gaza in a brilliant feint.

As the interview went on, his second trusted equation fell to pieces as well, according to which, almost any time Israel attacks Gaza, all of the terrorist organizations—chief among them Hamas—rally to respond in unison. As the Islamic Jihad leader was saying on air that “we are all coordinated and we are all in one foxhole,” Hamas didn’t fire one single rocket.

As of Saturday night, Islamic Jihad mouthpieces tried providing explanations to somehow conceal their two-fold embarrassment. One spokesman, according to Lebanon’s Al-Mayadeen network, said the commander of Islamic Jihad’s northern region in Gaza wasn’t killed in his safe house due to superb intelligence acquired by Israel, but rather because he was intentionally deceived into going there by an Egyptian mediator in order “to finalize a ceasefire agreement with Israel”—implying, of course, “treasonous collaboration” between Cairo and Jerusalem.

In another statement, a spokesman said Hamas was completely in step with Islamic Jihad and a full partner in the rocket attacks against Israel, but Hamas was concealing this so as “not to give Israel an alibi for expanding the scope of its attacks in Gaza.”

It’s highly doubtful there is any truth to either of these claims, but they reflect Islamic Jihad’s distress at being alone in this fight.

It’s safe to assume that Hamas is not happy with a situation in which it is accused of sitting on the fence. On the other hand, it may see the “positive” aspects, from its perspective, of the Israeli offensive: Putting Islamic Jihad in its place, sending it a message that it isn’t allowed to plot terrorist attacks against Israel without Hamas’ approval and making it obey joint decisions that are made only in Gaza, not in Tehran.

However, it is also time to try bringing this operation to a conclusion in order to minimize the pressure being put on Hamas to join the fray, fully exploit the effect of eliminating senior Islamic Jihad commanders and dismantling the group’s equations of intimidation and preserve a favorable casualty ratio between combatants and non-combatants.

(Written by Oded Granot, a senior Middle East and Arab world commentator and reposted from the IsraelHayom site) 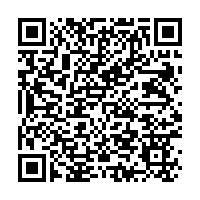