Dame Olivia Newton-John who passed away on Monday at age 73, was a British-Australian singer, actress, and activist, and a four-time Grammy Award winner. She was also the granddaughter of a famous Jewish physicist and mathematician Max Born who was instrumental in the development of quantum mechanics, made contributions to solid-state physics and optics, and supervised the work of several notable physicists in the 1920s and 1930s. He was awarded the Nobel Prize in Physics in 1954, the Hughes Medal in 1950, and the Max Planck Medal in 1948. In 1939 he became a Fellow of the Royal Society.

In her 2018 memoir, Don’t Stop Believin’, Newton-John wrote: “In 1933, my Jewish grandfather fled from Germany with his wife, Hedwig [Ehrenberg], to escape Hitler’s regime. He was not only a brilliant mind but also a humanitarian who helped Jews escape Germany. I’m extremely proud of my peace-loving grandfather.”


When the Nazis came to power in Germany, in 1933, Born was suspended from his professorship at the University of Göttingen and he emigrated to the UK, where he taught at St John’s College, Cambridge, and wrote his popular science books, The Restless Universe, and Atomic Physics, which became a standard textbook. In October 1936, he became the Tait Professor of Natural Philosophy at the University of Edinburgh, where, working with two German assistants, Walter Kellermann and Klaus Fuchs, he continued his research. He became a British citizen in 1939, one day before World War II broke out in Europe. In 1952, Born returned to West Germany where he died in 1970.

Newton-John dabbled in Kabballah in her 2006 album Grace and Gratitude, perhaps under the influence of her pal Madona a.k.a. Esther. The album contains these numbers:

Max Born’s wife Hedwig [nee Ehrenberg] was Jewish only on her father’s side. She was a practicing Lutheran, and none of Max Born’s children, Irene, born in 1914, and Margarethe (Gritli), born in 1915, and a son, Gustav, born in 1921 were Jewish. 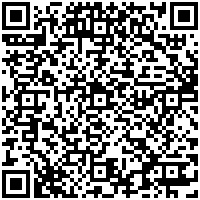