There are two halves to their libel. The first half has to do with the Jews. Notwithstanding overwhelming statistical, epidemiological, photographic, and experiential evidence, Cuomo and de Blasio persist in singling out visibly Orthodox Jews as uniquely irresponsible in their approach towards containing the coronavirus.


The second half is at least grounded in reality. Infection and death rates among poor, immigrant, and minority communities do exceed those of the population at large.

Taken together, Cuomo, de Blasio, and others are doing little more than updating a medieval blood libel for the 21st century: Visible Orthodox Jews are spreading a disease that is killing their immigrant and minority neighbors. Worse, it’s an update likely to take root because it’s baked into progressive ideology courtesy of “Critical Theory.”

Though perhaps best known for its applicability to race relations as “Critical Race Theory,” critical theory itself is essentially a generalized Marxism that enjoys unrivaled popularity among academics and recent university graduates. Critical theorists see all human interactions as conflicts between an “oppressor” group and an “oppressed” group. In critical theory, only oppressors have agency: Oppressors do things, while things are done to the oppressed.

Where do the Jews fit into this division? Anyone with even a passing knowledge of Jewish history would conclude that, given only those two options, the Jews are about as traditionally oppressed as a group can get.

Yet, by widespread progressive consensus, Jews today are considered a subset of European “white people,” and therefore members of the oppressor class. While some Jews who consider themselves progressives dispute this characterization, the anti-Semitic culture that dominates college campuses and leftist protests makes it clear that they have lost.

In a rational world, such anthropological explorations would be irrelevant to our current pandemic. Anyone attempting to understand the spread of the coronavirus would notice that chassidic and yeshivish Jews, minority and immigrant communities, and poor neighborhoods all host dense populations and large, multi-generational households –living arrangements ideal for viral spread.

But progressive intersectional critical theorists see Jews acting as oppressors inflicting an illness on oppressed immigrants and minorities. The blood libel Cuomo and de Blasio are helping spread appears credible as a clear demonstration of the accepted progressive oppression mythology.

Add to the mix the violent progressive mobs that have been terrorizing American cities for over four months. These mobs uniformly insist that they’re fighting for racial justice. Their primary targets to date have been the police. But many leading progressive activists insist that oppressive Israeli trainers have exported their brutal “occupation” techniques to (further) corrupt American policing – making blows against Jewish oppressors a blow for justice.

With the progressive theories and beliefs tying alleged police violence to the Jews already in place, the diversion from anti-police riots to anti-Jewish riots will be seamless.

Meanwhile, the people best positioned to challenge the blood libel, warn off the mobs, pressure the politicians, and prevent the imminent pogrom have systematically refused to do so. Most liberal, mainstream Jews shrug off the blood libel as someone else’s problem. Far too many subscribe to progressivism and critical theory themselves. Much of their leadership is prepared to accept classically anti-Semitic tropes redirected away from Jews in general and towards “those Jews” living in visibly cloistered, parochial, old-world communities.

Groups like the ADL remain committed to fighting white supremacism – citing occasional grisly attacks and statistics that run counter to the lived experience of most American Jews – while ignoring the grave threat brewing on their very doorsteps.

We – particularly those of us in New York – are heading towards a disaster the likes of which America’s Jews have not yet seen. With leading local politicians pushing a blood libel and violent mobs roaming the streets, Jewish leaders preach a politics of “Jewish values” that assign a uniquely low priority to Jewish safety and survival.

If current trends continue, a progressive pogrom is not a question of whether, but rather of when. If we don’t act with urgency to alter those trends now, the blood of our brethren will be on our hands. No one will ever be able to say we weren’t warned. 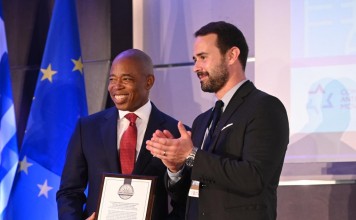 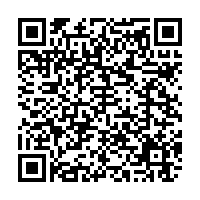