The condition of Palestine Liberation Organization Secretary General Saeb Erekat has taken a turn for the worse, according to the administration of Hadassah Ein Kerem Medical Center, where he is hospitalized in critical condition with COVID-19 since last week.

“His lung function has been reduced by the effect of COVID-19 infection on the background of previous lung transplantation. The treatment team has also identified fungal infection (Aspergillus) in the lungs, which is being actively treated with antifungal therapy,” the hospital said in a statement.
“His family was advised today that in addition to these medical issues, there has also been some deterioration in other organ systems as is commonly seen in critically ill patients with COVID-19.”

This evening update from Dr. Salam Erekat: my father will keep fighting with your prayers. pic.twitter.com/4BvQf5NGwB

Erekat was connected to an ECMO machine last Tuesday to support his respiratory function, according to a statement from the hospital last Thursday. He has received concentrated convalescent plasma with high levels of anti-COVID antibodies, the hospital said previously in its treatment update.

A top-ranking official in the Fatah central committee and the former chief negotiator for the Palestinian Authority, Erekat underwent a lung transplant in the United States three years ago, after more than a year of treatment under the care of Israeli medical teams for a deadly lung disease. On October 9, Erekat announced he had contracted the coronavirus. 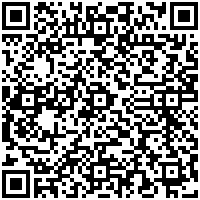