Home InDepth Op-Eds The Conversion Of Benny Morris
Share on Facebook
Tweet on Twitter
Benny Morris was one of the original, and in some ways the most destructive,
of Israel’s “ New Historians” – Jewish academics who seek to revise history to make it jibe with Arab propaganda.
Born on an Israeli socialist kibbutz and the son of a diplomat, Morris earned his Ph.D. from Cambridge on Anglo-German relations. He seemed to think this qualified him to be a Middle East historian and Orientalist.
Morris’s main venture into revisionism came with the publication of his book The Birth of the Palestinian Refugee Problem, published by Cambridge University Press in 1988. It was by and large a retelling of the “Arab narrative” concerning the creation of Palestinian refugees.
The alternative narrative, also known as the truth, is that any Palestinians who became refugees resembled the ethnic German refugees at the end of World War II – people who had supported the losing side in a genocidal war of aggression or who had fled the battle zones of the victorious armies in a war they themselves started.
That book, and a slew of articles expressing a similar theme, made Morris the darling of the campus left in Europe and the U.S.
Leftists loved citing Morris to prove how evil Israel is and was. After all, a tenured Israeli academic was saying so.
But then something happened.
Morris suddenly appeared to have second thoughts. He repented, sort of. He repudiated much (but not all) of his earlier anti-Israel radicalism and started espousing pro-Israel views, especially regarding the 1948-9 Israeli war of independence.
Not everyone is convinced Morris has really wised up. (The scholar Efraim Karsh believes Morris is engaging in pragmatic and cynical posturing; Karsh is particularly critical of Morris’s not having renounced outright his earlier histories of the Palestinian refugee issue).
I too was initially skeptical of Morris’s “conversion,” but I now feel it to be more or less genuine. I think his first public break with the Israel-bashing left took place in Berkeley in the late 1990s, when I happened to be in town. He was invited to speak in a church, and the place was packed with the usual Berkeley jihadists and anti-Zionists, who expected from Morris a characteristic demonization of Israel. Instead, he spent the entire talk explaining that the Middle East conflict – including any “refugee” problem – was the fault of the Arabs.
You can imagine the hysterical reactions in the local Berkeley media. These days the Bay Area has its own specialized anti-Morris hate organizations.
This is all so amusing. The jihadists love citing Morris’s old writings on how Israel is to blame for “Palestinian suffering” – but refuse to listen when Morris himself repudiates those earlier claims.
Later, Morris would go on to make statements that were unabashedly Zionist. He went so far as to argue that any expulsions by Israel of any Arabs that took place in 1948 were entirely justified. He partly apologized for his early claims about Palestinian refugees, pleading that he had not had access to the right documents when he wrote his early book. Today he is opposed to the so-called two-state solution, arguing that it is not viable.
As a result of this, Morris has become the Israeli historian leftists and anti-Zionists most love to hate. They have special contempt for him because, after all, he used to be one of them.
When Morris was invited a few months back to speak at Cambridge University, the local Israel haters made a fuss, insisting he be disinvited because he is a “racist.” (Anyone who believes Israel has the right to defend itself is considered a “racist” in such circles.) His talk was cancelled. This is academic freedom in Britain.
More recently, Morris was invited to speak at the London School of Economics, which, despite its name, is an institution chock full of leftists. On his way to the talk Morris was accosted by a mob of local anti-Israel “activists” and radical Islamists. They pushed and cursed him. They had gathered in the area earlier to hand out fliers accusing him of being an “old racist.”
Morris said he “had the feeling that I was surrounded by Nazis, except that instead of black shirts these were wearing Arab scarves on their heads. They were unambiguously Islamofascists. Some of them screamed in their broken foreign English that the UK should never have allowed me into the country. I am no racist, but that term could be correctly applied to the inciters and critics I ran across at LSE.”
Once he reached the hall the lecture proceeded, under heavy security and with police guards, with 300-400 students present.
The Jewish Chronicle, the main Jewish weekly in the UK, described how the LSE mob kept attacking Morris as a “racist” and a “social darwinist” and how Morris held his own and made monkeys of those attempting to discredit him during the lecture. In particular, he silenced the trolls by documenting the fact that there was no Israeli policy in 1948-9 to expel Palestinian Arabs.
What does the one-time Post-Zionist “New Historian” Morris make of nearly being lynched for his pro-Israel views?
I would like to think he is rededicating himself to expunging every last vestige of his old mindset and doing further research to promote the truth – or what some pseudo-academics prefer to call the “Zionist narrative.”

Steven Plaut is a professor at the University of Haifa.His book “The Scout” is available at Amazon.com.He can be contacted at steveneplaut@yahoo.com. 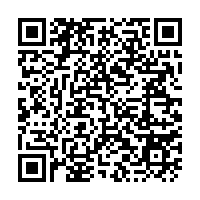