{Written by Ariel Bolstein and originally posted to the JNS website}

We have grown accustomed in recent years to lawmakers from the Joint Arab List engaging in political subversion against Israel and lobbying officials around the world to take punitive action against a state they are supposed to represent and that pays their salaries. Last week, it was Knesset member Jamal Zahalka’s turn, and he met with U.S. Sen. Bernie Sanders and other members of Congress in an effort to enlist them in the struggle against the nation-state law.

In their meeting, Zahalka and the members of the Adalah-The Legal Center for Arab Minority Rights in Israel that accompanied him slandered Israel. They lied and claimed Israel’s nation-state law was the only such legislation in the world. During deliberations over the new Basic Law as well as following its enactment, we spoke of the dozens of countries that have chosen to enact legislation defining themselves as the nation-states of the majority group. These are not the types of dictatorships favored by members of the Joint Arab List, but rather highly developed countries, many of them members of the European Union. In fact, Israel has gone farther than those countries by ensuring the rights of its minority citizens, and that includes its Arab minority.

Even when compared to the United States, Israel has nothing to be ashamed of. Although it is not a nation-state, the United States does not afford collective rights to minorities, but rather incentivizes them to assimilate in the dominant culture. America has a huge Hispanic minority, some 40 million to 50 million strong, whose native language is Spanish. But in 49 out of 50 U.S. states, these people have no linguistic rights. Although the United States and Israel have an identical number of Arabic speakers, it goes without saying that Zahalka’s native language has no status in the United States. In Israel, however, Arabic is a special-status language.

Had Zahalka been a U.S. senator, he would have been hard-pressed to address Congress in Arabic. To deliver a speech in a language other than English, one must have the unanimous consent of the Senate. By contrast, lawmakers in Israel have the right to deliver a speech in Arabic to the Knesset. But that is not the main difference. It is more important to note that the reverse situation, in which a member of Congress would travel to a foreign country to convince those in power to act against legislation passed by a majority of votes in the United States, would be completely inconceivable.

The existence of an opposition is a necessary component in any democracy, but in highly developed democracies, the activities of the opposition are regulated by red lines, some of them written in law, and some of them rooted in tradition. Of particular importance among them: Do not harm the state, even when you, as a member of the opposition, disagree with its democratically elected majority.

Zahalka and his friends have now crossed all the accepted red lines in the free world.

Israel also suffers from the custom of other countries—some of them friends of Israel, others less so, of interfering in its internal affairs. This most recent attempt by Arab lawmakers to invite external intervention harms the principle of Israel’s sovereignty and challenges democratic values. The aspiration of Zahalka and his ilk to impose their anti-Zionist views on Israel’s Zionist majority through the use of foreign powers is nothing short of dangerous. 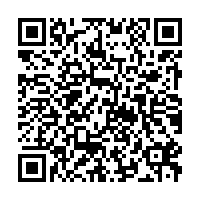