The Republican Jewish Coalition has terminated its $1 million television and digital ad campaign in North Dakota, and declared victory “given the dramatic shift in the race.”

RJC Executive Director Matt Brooks said in a statement: “When we launched our ad campaign on September 8, the polls showed a race within the margin of error. Now, Republican Congressman Kevin Cramer is up 12. Unless something unforeseen happens, we see no need to return.”

“I’m proud of the role the RJC played at a crucial time in this race,” Brooks said. “One million dollars goes a long way in North Dakota and we know our ad had a major impact. Kevin Cramer is a strong leader and we are confident he will be a great Senator.”

Campaign ad attacking Heitkamp who has forgotten her roots and sided with Washington liberals by supporting the Iran deal:

Kevin Cramer may, indeed, make a great senator, but a brief review of the Real Clear Politics website that aggregates election polls across America shows that the last time the Republican challenger was within the margin of error was back on June 13, when he was leading Democratic incumbent Heidi Heitkamp by 48 to 44 points in a Mason-Dixon poll.

In September, NBC Valley News showed Cramer leading his opponent by 10, and then Fox News by 12 points.

We requested the RJC’s response and will publish it as soon as we get it. 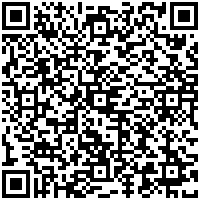