While there have been many articles written since Apple’s epic January 24th, 1984 Super Bowl commercial announcing the Macintosh, the headline chosen for this article was intentionally unique.

But Apple’s commercial is not alone. Luke Skywalker’s fateful shot through the exhaust port that destroyed the Death Star in the Star Wars movie, and Malcolm Gladwell’s latest book, all share this excitement factor. The reason for this is that conceptually, all three are modern-day renderings of the David and Goliath story. Although the clearest of these three is Gladwell’s new book, appropriately named David and Goliath: Underdogs, Misfits, and the Art of Battling Giants, both Apple’s commercial and Star War’s Death Star destruction share the same concept. There was a giant–whether it be IBM or Darth Vader–and someone, against all odds, managed to defeat this giant for the benefit of all.


As with Gladwell’s first book, The Tipping Point, he has a talent for conceptualizing and humanizing scientific principles. While the “tipping point” in science is called a “phase transition” (e.g., the point at which water turns into ice), the scientific method to express the Torah account of David and Goliath is R = 1/R. Although at the start of the story, Goliath appeared to be the R, at the end, the true R or future king of Israel was revealed.

As explained in “The David And Goliath Behind Foldable Phones,” the R = 1/R symmetry principle, which derives solely from string theory considerations, is the most amazing type of equivalence that can be imagined. But in addition to being the most amazing equivalence, it is also the most exciting marketing concept.

In order to bring this conversation down into something deep and heartfelt, I thought to tell a story from my own experience.

Rated R World Prior to making aliyah, I had to travel back to New York a few times to obtain the necessary paperwork. On one such return visit, I was met with an important lesson.

A middle-aged woman of unkempt appearance was seeking to express her anger and deep pain, and she chose me as her primary target. As she recounted during her bursts of intermittent rants–between gun firing hand motions at herself, me, and everyone else on the train–her son had recently been murdered. Unable to withstand her pain, she screamed and cursed, mostly taking place an inch or less from my face.

Because she felt so small, so insignificant and worthless, she hated everything and everyone. But the lesson that I was unable to explain to her that day is that while she can’t bring back her son, from her excruciatingly low state, she can reach the greatest of heights in tribute to her son and the God who heals all pain.

These commercials, movies and books are reminders of something that David knew hundreds of years prior. That with well directed faith in God, once the light switch is flipped on, all giants and obstacles disappear. This is the most counter-intuitive thought imaginable, which also makes it the most marketable and meaningful for everyone.

There are many implications behind the David and Goliath, R = 1/R, principle. But the lesson I would like to end with is that even if the world and everyone in it seem to be rated R*, there is no reason to despair and give up hope, no matter what situations we find ourselves in.

May we only know of happy occasions.

Based on the concept in counter-intuition in Torah thought, I developed a new product life cycle model called the product flip cycle. You can read part one of the series HERE. 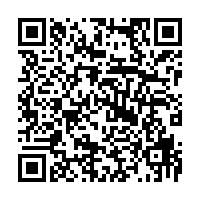