Four Jerusalem Arabs plotted to carry out a grisly massacre at a wedding hall near Shaarei Tzedek Hospital and Har Herzl in the capital, according to indictments filed in a Jerusalem court Wednesday, lifting a gag order that had been in effect.

All four Arabs, between 18 and 21 years old, are from the Jabal Muchabar neighborhood, adjacent to the Jewish neighborhood of Armon HaNatziv that is next to Talpiot on the southern edge of Jerusalem.


The terrorists planned to wear Haredi clothes to crash a wedding at the Nof wedding hall in the Bayit Vegan neighborhood, located well within the old boundaries of the capital before the Six-Day War in 1967. They were to be armed with an Uzi sub-machine gun, with which they would the spray at anyone in sight and carry out one of the bloodiest massacres since the Netanya Park Hotel slaughter on Passover in 2002.

The Arabs lived in a neighborhood that was restored to Israel during the war and officially annexed to Jerusalem in 1980.

The indictments stated that Anas Ouisat and Basel Abidat planned last December to work with terrorist organizations to kill Jews.

Ouisat previously worked at the wedding hall and knew that an attack there could kill and wound several hundred wedding guests. Ahmed Sarur carried out surveillance for the planned attack but eventually left the gang and Amru Abado took his place. 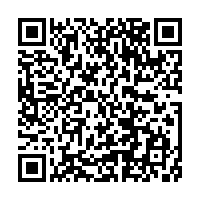