Israelis will head to the polls next week for the fourth parliamentary elections in two years. The voters will determine which of the 13 parties polling near the electoral threshold will enter the 120-member Knesset. Following the vote, party leaders will again compete to form a parliamentary majority coalition to determine who, if anyone, will emerge as prime minister.

During the successive three elections that took place between April 2019 and March 2020, embattled Prime Minister Benjamin Netanyahu failed to form a majority as a growing number of political rivals, including former allies, refused to join a Netanyahu-led government. Yet the challengers insistence on finally replacing Israel’s longest-serving prime minister fared no better at coalition-building.

Ultimately, the putsch failed as Netanyahu and his lead challenger, Benny Gantz of the Blue and White Party, formed a “national unity government” intended to end the political crisis and contend with COVID-19.

One year later, the ineffective alignment has dissolved. Gantz, the current Defense Minister who was slated to become prime minister in November this year as part of a faulty rotation arrangement, has plummeted in the polls. Former Likud member Gideon Sa’ar defected to form the New Hope Party to challenge Netanyahu from the right, yet his popularity has also been sinking since he first announced his candidacy in December of last year. Longtime Netanyahu opponent Yair Lapid of the left-wing Yesh Atid Party has emerged as Netanyahu’s primary challenger.

Polls show that parties promoting right-wing policies will score an unprecedented number of votes—potentially, 75 to 80. However, with Netanyahu’s former right-wing allies—Sa’ar and Avigdor Lieberman—pledging not to join a Netanyahu-led government, the potential for continued political gridlock still exists.

In the upcoming fourth election, many of the existing domestic political issues remain and new challenges have simultaneously emerged.

The issue looming largest over the entire political system is whether the polarizing Netanyahu, who brings unparalleled experience in security, diplomacy and economics, has outstayed his welcome as the head of an unstable political system.

Dubious corruption charges against him are a contributing factor. Still, there have been no substantial developments over the past year to substantially change the positions of voters on this particular issue.

Israelis last went to the polls on March 2, 2020, just days after the first confirmed cases of coronavirus in the country.

Management of the crisis has been contentious. An already neglected hospital system has been stretched beyond its limits for extended periods of time. Therapeutics that might have kept Israelis out of hospitals were not widely prescribed, and no new hospitals are being built.

The next prime minister will need to simultaneously steer Israel out of the current health crisis and strengthen the health-care system to prepare for future scenarios.

Throughout the crisis, coronavirus restrictions were passed, reversed and passed again amid bitter political arguments and the subsequent removal of a much-needed Knesset committee from the decision-making structure. A controversial government surveillance program, previously employed only to track potential terrorists, was used to enforce contact tracing and mandatory isolation. A “Green Pass” program now limits participation at restaurants, gyms, pools and hotels to those who have either been vaccinated or have recovered from the virus.

These measures threaten the balance between the powers of the executive branch during a crisis versus democratic civil liberties. Key questions remain as to how many of the emergency measures will ultimately be canceledmand whether Israeli voters will have any participation in these decisions.

One of Netanyahu’s major accomplishments has been to arrange for Israel to cut to the front of the international line for experimental coronavirus vaccines. While nations around the world are struggling to acquire the jabs, most Israelis have already been inoculated.

Around the world, nations are praising Israel’s efforts. And Israelis themselves seem generally satisfied with the efficient vaccine distribution via the four national HMOs.

Netanyahu is placing the initial success of the program at the heart of his campaign. If the vaccines prove effective long-term against virus mutations, then he will have succeeded in bringing Israel out of the health crisis ahead of most other nations.

Perhaps just in time for Netanyahu’s re-election bid, restrictions on business are being lifted and the economy is reopening. As day-to-day life slowly resumes, rebuilding an economy battered by extended lockdowns has become a major national priority.

The need to rebuild the economy raises renewed questions about government regulations, bureaucracy and tax rates, which are collectively among the highest in the world and stifle economic growth.

The question of which prime-ministerial candidate can best rebuild the economy is now among the primary issues for voters.

The recent U.S. election also looms large in Israeli politics. For the past four years, Israeli and American policies were fully aligned. The gains for Israel were unparalleled, including the Trump administration’s official recognition of Jerusalem as Israel’s capital and  Israeli sovereignty in the strategic Golan Heights. It is not believed that a Biden administration would reverse these specific policies.

The Trump administration also maintained that Israeli settlements do not represent a violation of international law and would likely remain as part of Israel in any future scenario. The Israeli-Palestinian conflict was placed lower down on the list of regional priorities. The Palestinian Authority was isolated for failing to improve the conditions necessary for successful negotiations with Israel and for continuing its “pay for slay” policies for terrorists and their families.

A Biden administration may attempt to reverse course regarding settlements and a long-stalled peace process, potentially creating a diplomatic crisis that will need to be carefully managed.

The Trump administration also provided significant diplomatic cover for Israel at the United Nations and other international fora. Israelis are wary that a diplomatic storm may now be approaching after the recent announcement by outgoing International Criminal Court prosecutor Fatou Bensouda that an investigation will be launched into possible Israeli war crimes.

Perhaps most important for Israel, Trump withdrew from the Iran nuclear deal and leveled harsh sanctions on the Islamic Republic, significantly handicapping its ability to push towards nuclear breakout and wreak havoc across the region.

In the Israeli assessment, a return to the 2015 nuclear deal that includes the removal of sanctions and even a return to direct funding increases the chances for open conflict with Iran. With more than 150,000 rockets and missiles pointed at Israel in southern Lebanon (some with precision-guided capabilities) by Iranian proxy Hezbollah, an escalation to all-out conflict represents an existential threat.

Netanyahu has repeatedly declared that on his watch, Iran will never develop a nuclear weapon, let alone an arsenal of nuclear weapons.

A major question in the Israeli elections will be the question of who is best-suited to order the IDF into action should Israel decide that it needs to take out Iranian nuclear facilities—as it did with Osirak in Iraq in 1981 and with Syria in 2007.

A speech by Netanyahu in 2015 to a joint session of Congress staunchly opposing America’s entrance into the JCPOA angered the Obama administration and many Democrats, as well as many of the Jewish communal organizations that sometimes align more closely with Democratic Party priorities than with Israeli security interests.

Opponents charge that Netanyahu has damaged bipartisan American support. Lapid, Sa’ar and Bennett all contend that they can repair the rifts.

Meanwhile, Netanyahu contends that he maintains longstanding relationships with many top Democrats, including a 40-year relationship with U.S. President Joe Biden.

Yet Netanyahu’s 2015 speech, as well as subsequent Israeli airstrikes and covert actions in the region, sent a powerful message throughout the Middle East that Israel would place regional security interests first, even above the health of its relationship with its most important ally. The result has been breakthrough normalization arrangements with Bahrain, United Arab Emirates, Morocco and Sudan, with other agreements on the horizon. The arrangements lay the groundwork for new regional military alliances, in addition to billions of dollars in commercial opportunities.

The Abraham Accords represent the world’s greatest geopolitical achievement in 2020—a year most countries wish to put in the rearview mirror. Netanyahu negotiated and announced the agreements without consulting his coalition partners, including Gantz and Foreign Minister Gabi Ashkenazi.

But in the wake of the accords, the Biden administration quickly reneged on Trump’s pledge to sell F-35s to the Emirates—sending a strong signal that there may no longer be incentives from the United States for signing normalization agreements with Israel.

At the end of the third election cycle, Netanyahu offered rival Gantz a king’s ransom to join a government, including a rotation arrangement for the prime minister’s chair. At the time, it was the only way to avoid a successive fourth election. But having staunch political rivals and ideological opponents within the same coalition proved unworkable.

Netanyahu clearly prefers to form a coalition with political allies committed to right-wing policies. Such a government could set a transparent security, diplomatic and economic agenda. A right-wing government would likely, at least temporarily, stabilize the political system, while also focusing on judicial reform aimed at reigning in the influence of the largely left-wing High Court.

Eight of the 15 justices on the court will reach the mandatory retirement age over the next five years. Altering the selection process will help ensure that the court justices represent a greater cross-section of society.

If Netanyahu fails to form a majority with his preferred partners, it’s unclear which of the other party leaders would emerge as the leading prime ministerial candidate. Lapid’s Yesh Atid is currently polling as a distant second to Likud, but several mandates higher than Sa’ar’s New Hope or Naftali Bennett’s Yamina.

Netanyahu claims that a vote for alternative right-wing leaders Bennett or Sa’ar is a vote for the left-wing Lapid as prime minister. Bennett has pledged not to serve in a government under Lapid. Sa’ar has similarly claimed that Lapid will not be prime minister.

It is difficult to imagine a party leader capable of bringing only 10 or 12 mandates into the 120-member Knesset emerging as prime minister. There are already rumblings of potential rotation arrangements between the second-tier party leaders.

But following the rapid dissolution of the Netanyahu-Gantz arrangement, would a rotation among smaller parties that don’t share a common ideology give Israelis the stability they demand?

Meanwhile, polls show that the election is Netanyahu’s to win or lose. If he cannot form a coalition, it is unlikely that another candidate would fare better, although one should always expect the unexpected in Israeli politics.

The likeliest outcome is a stable right-wing government led by Netanyahu. If he can form a simple majority, there’s always the possibility that new rival Sa’ar may choose to join Netanyahu and form a large right-wing government, despite campaign promises not to do so. In the previous election cycle, similar promises were made and then broken by Gantz and former Labor Party leader Amir Peretz.

If Netanyahu cannot succeed, a fifth election may loom on the horizon. 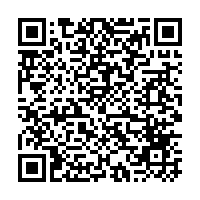