The Council on Foreign Relations notes:

According to the doctrine, a state is legally allowed to unilaterally defend itself and right a wrong provided the response is proportional to the injury suffered. The response must also be immediate and necessary, refrain from targeting civilians, and require only enough force to reinstate the status quo ante.

What constitutes status quo ante for Israel may be debatable – but surely a return to the period before 75% of Israel’s citizens were terrorized by random rocket fire should be an acceptable definition.


Luis Moreno-Ocampo, Chief Prosecutor at the International Criminal Court, investigated allegations of war crimes during 2003 invasion of Iraq, and in 2006 published an open letter containing his findings. Included was this section on proportionality:

A crime occurs if there is an intentional attack directed against civilians (principle of distinction) or an attack is launched on a military objective in the knowledge that the incidental civilian injuries would be clearly excessive in relation to the anticipated military advantage (principle of proportionality).

Military necessity is a legal concept used in international humanitarian law (IHL) as part of the legal justification for attacks on legitimate military targets that may have adverse, even terrible, consequences for civilians and civilian objects. It means that military forces in planning military actions are permitted to take into account the practical requirements of a military situation at any given moment and the imperatives of winning.

What constitutes a military objective will change during the course of a conflict. As some military objectives are destroyed, the enemy will use other installations for the same purpose, thereby making them military objectives and their attack justifiable under military necessity. There is a similarly variable effect on the determination of proportionality. The greater the military advantage anticipated, the larger the amount of collateral damage – often civilian casualties – which will be “justified” or “necessary.“

Civilian casualties are much to be mourned, but what becomes clear – absent the propaganda element or a shaky notion of sportsmanship – is that Israel has the right and indeed the obligation to defend its people, has the right to “win” the war of self-defense that it is fighting, and has taken account of the requirements of international law regarding “proportionality” and “military necessity.” This, coupled with the willingness of Israel to accept the Egyptian-sponsored ceasefire, acceptance of a UN-sponsored humanitarian truce, and the continued provision of food, medicine, and electricity to the residents of Gaza, should help erase the “buts” of fair-minded people. 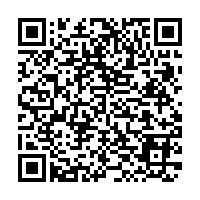