Mr. Putin, heretofore known as a ruthless KGB thug, was enabled by President Obama’s ineptness to deliver in the Times a statesmanlike plea for the rule of law in international affairs as well as a stinging rebuke of what he described as the American self-image of “exceptionalism” that has led it to act unilaterally when it felt like it.


Would anyone have cared what Mr. Putin thought about these things had President Obama not laid down his Syrian “red line” and then folded when Syria seemingly ignored it? But this was not all, by any means.

We are not saying Mr. Obama should have resorted to military action simply to boost U.S. credibility in international affairs. Yet it is hard to imagine at this point that other countries – Iran, for example – view American blandishments as having the ring of truth to them. The same holds true for Israel and other U.S. allies that have been urged to forgo taking action on their own in defense of their national interests and instead rely on the U.S.

And then there was the president’s about-face in deciding to seek Congressional approval before he would act on his “red line” promise. Actually, it is not difficult to understand why Mr. Obama decided to go to Congress for authorization regarding the use of force against Syria. While presidents, including President Obama, have taken military action against other countries without Congressional pre-approval, each of those situations was recognized as justifiable under international law.

President Reagan sent Marines into Grenada on the grounds that he had to act to protect American citizens there. President Clinton bombed Kosovo in order to stop the massacre of civilians there. And the bombing of Libya by Mr. Obama was authorized by the UN Security Council.

Indeed, White House Counsel Kathryn Ruemmler said, “The president believed that it was important to enhance the legitimacy of any action that would be taken by the executive to seek Congressional approval of that action and have it be seen, again as a matter of legitimacy both domestically and internationally, that there was a unified American response to the horrendous violation of the international norm against chemical weapons use.”

Mr. Obama himself said the U.S. should “get out of the habit” of having American presidents “stretch the boundaries of his authority as far as he can,” while members of Congress “snipe” from the sidelines.

But no matter the level of the president’s concern over possibly facing war-crime accusations, he risked, by turning to Congress without knowing beforehand whether there was domestic support for still another war, telegraphing to the world that the U.S. had no stomach to live up to its promises. And not only did he meet a wall of Congressional resistance, his dithering allowed popular revulsion to grow against any military action.

Recognizing the damage he had done to his personal – and the country’s – credibility, President Obama said last Sunday on ABC’s “This Week” that while his administration’s diplomatic approach to Syria’s chemical weapons showed Iran that diplomacy was still possible, the mullahs shouldn’t assume that military action was off the table. The Iranians, he said, understand that their nuclear pursuit is “a far larger issue for us” than Syria’s use of chemical weapons.

But the damage had already been done. Vladimir Putin is now the go-to guy for foreign leaders seeking to circumvent their international responsibilities. Why, even the president of the United States turned to him when a fast foot-from-mouth extraction was needed.

Despite the vast disparity in military and economic strength between their respective countries, the Russian president is now viewed as Mr. Obama’s equal on the international scene. 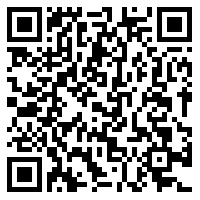