A prominent editor of a Jewish publication once pointed out to me that the United States had never seen the emergence of a mainstream and institutionalized anti-Semitic politics. My response was simple: Not yet. A few months ago, he wrote me and said that—unhappily—I had been proven right.

I take no pleasure in being right, but there is also no sense in denying it. It is clear that anti-Semitism in the United States has become a social movement that is swiftly metastasizing into mainstream institutional politics. It has captured large sections of the Democratic Party, especially its progressive wing, and essentially taken over America’s institutions of higher learning. It is ubiquitous in the activism that drives left-wing politics in the U.S. It has taken to the streets in the form of the May 2021 pogrom committed by Muslim-Americans. And it has now entered Congress, the citadel of American democracy itself.


The entrance of systemic anti-Semitism into mainstream national politics marked a milestone this week when Rep. Rashida Tlaib (D-Mich.) introduced a House resolution demanding official recognition of the Nakba—a term used to lament the Arabs’ failure to commit genocide against the Jewish population of then-Palestine in 1947-48.

The resolution is too long for a full accounting here, but suffice it to say that it is an entirely predictable but nonetheless remarkable document. It is predictable in that it parrots almost word-for-word the rhetoric of hardline Palestinian nationalism—it is closer to Hamas than the Palestinian Authority—but also remarkable in its honesty.

In particular, it openly advocates the destruction of Israel as a Jewish state via the Palestinian “right of return.” It asserts that international law “recognizes that descendants of refugees retain their rights as refugees”; that “a just and lasting resolution requires respect for and the implementation of Palestine refugee rights”; and demands that the United States “support the implementation of Palestinian refugees’ rights.”

What this means, beyond the polite euphemisms and sophistic use of the vocabulary of progressivism, is quite simple: Millions of refugees must be returned to the territory of the State of Israel, rendering its Jewish population a demographic minority and swiftly turning it into a Palestinian supremacist state. It means, in other words, the realization of the Palestinian national movement’s most treasured ambition: to rid the fatherland of the Jews, or at least reduce them to the second-class status to which Islam has always relegated them.

The resolution, in other words, reeks of racism and hate of a type that, if it targeted any other people, would be grounds for censure and expulsion from the House. Indeed, as the PLO’s Charter once said of Zionism, Tlaib’s resolution is “antagonistic to all action for liberation and to progressive movements in the world. It is racist and fanatic in its nature, aggressive, expansionist and colonial in its aims, and fascist in its methods.”

This is morally horrendous in and of itself. But perhaps more important is what it means for American Jews. It means, one regrets to say, nothing less than the first step towards the institutionalization of systemic anti-Semitism in the American political establishment.

This is proven by the fact that Tlaib was by no means alone in introducing her resolution. It has a host of co-sponsors: Alexandria Ocasio Cortez (D-N.Y.), Ilhan Omar (D-Minn.), Betty McCollum (D-Minn.), Marie Newman (D-Ill.), Jamaal Bowman (D-N.Y.) and Cori Bush (D-Mo.). They are all progressives in good standing, with substantial influence in the Democratic Party, and at their core lies “The Squad”—the group of hard-left congresspeople consisting of Ocasio-Cortez, Omar, Pressley, Tlaib, Bowman and Bush. Tlaib’s resolution, in other words, is not the ranting of a lone racist, but the mutual expression of an entire caucus.

This caucus is the result of a years-long campaign by anti-Semitic activists and organizations to burrow deep into the American establishment. Hate groups like CAIR, IfNotNow, Students for Justice in Palestine, Jewish Voice for Peace, American Muslims for Palestine and numerous others have been on a long march of slander, defamation and demonization directed at Israel, its American supporters and indeed all American Jews. It seeks to break their spirits, intimidate them into silence and exile them to the apartheid margins of American life.

But it also seeks to break their very bodies. This was conclusively proven last May, when Muslim-Americans across the U.S. committed horrific acts of violence and intimidation against Jews from New York to Los Angeles, largely without condemnation. My own father’s business in a Jewish suburb of Boston was vandalized multiple times because he sells Israeli products. In a display of epic hypocrisy, the long marchers—and “The Squad” itself—so quick to accuse anyone and everyone of racism on the slightest pretext, remained all but completely silent throughout.

This pogrom did not erupt merely because Israel was involved in a conflict with Hamas at the time. It was the product of years, decades of work by these activists and organizations. The idea that their incitement and defamation did not poison the Muslim-American community against not only Israel but all Jews is absurd. And that it resulted in mob violence—a pogrom—should be no surprise. For this alone, the Muslim-American establishment, the anti-Israel progressive left, the numerous activists who support them and the Squad itself stand condemned.

Tlaib’s resolution should not be seen, then, as mere anti-Israel politics, nor as a simple expression of pogromist ideology. It is the pogrom. It seeks to further the pogrom on another level. It attempts to institutionalize the pogrom, to enshrine it in American law and, through it, American society. We have seen, in other words, the emergence of the Congressional Pogrom Caucus.

This is all quite monstrous, of course, but it also reveals an important truth: The pogromists know that they cannot break the State of Israel without also breaking the Jews. Especially American Jews, who they see as the true source of what they genuinely believe to be Israel’s omnipotent power. They are prepared to do almost anything in service of this goal, and will not stop unless they are stopped by any and all legal means necessary.

This means, above all, that American Jews must wake up. Often sympathetic to progressive politics, they do not want to believe that such a thing could happen among those they view as admirable allies. But denial never works, and now it represents an existential danger. American Jews may be in sympathy with the ideology of “The Squad,” but they must understand that these people hate you. And however progressive, compassionate, empathetic and idealistic they may seem, when the chips are down, they will eat you alive.

So, remember their names: Alexandria Ocasio-Cortez, Ilhan Omar, Betty McCollum, Marie Newman, Jamaal Bowman and Cori Bush. They are not finished. They will be back. And you must be ready for them.

(Benjamin Kerstein is a writer and editor living in Tel Aviv. Read more of his writing on Substack and his website) 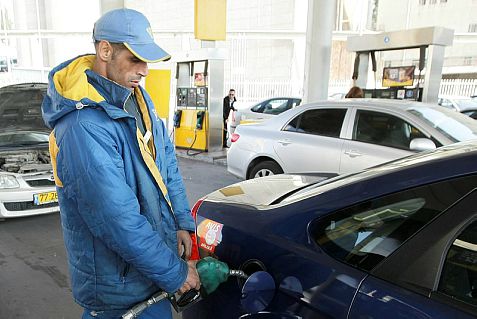 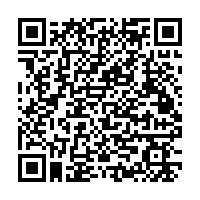