In July 2011, a report entitled “Area C and Palestinian State Building” was produced by the EU. It was then brought to the European Parliament in December and approved by the European Commission in early January 2012. (In the interim between the writing of the report and its approval, excerpts were leaked to The Independent, a British daily known for its strident anti-Israeli stance.)

In April 2012, the PA’s Ministry of Local Government (MoLG) published a strategic action plan entitled “Planning Support for Palestinian Communities in Area C.” The EU announced its support for this plan in an official document published in 2012 called “Land Development and Access to Basic Infrastructure in Area C.”

By 2016, the European Community had spent a total of 10.5 million euros to draw up and implement zoning plans for 90 Palestinian settlements and support land development projects in Area C in conjunction with the MoLG.

Such aid is explicitly envisioned not only as helping marginalized communities but as part of a blueprint to assist Palestinian state building. The plans for solitary communities, the report noted, “will be linked in a broader planning exercise that aims at clustering the communities and developing regional plans,” a project currently supported by the EU and the UK. This clustering process is itself linked to another arm of the PA, the Palestinian Ministry of Planning and Administrative Development (MoPAD), which is “engaged in the development of a National Spatial Plan, which will include the entire Area C.”

The PA’s achievements have been considerable so far. As new Israeli building dwindles to insignificance in areas east of Jerusalem, the PA, with European help, has succeeded in housing tens of thousands (120,000 according to advocate Sarin Alian, from the Israeli Association of Human Rights) in a space no larger than nine square kilometers. This number is more than double the number of inhabitants in Ma’ale Adumim and the other Israeli localities in the area.

Most live in Ras al-Khamis and Ras al-Shakhada, which dwarf the older village of Anata, home of the prophet Jeremiah from Anatot. This is located just beyond the French Hill junction, north of route 60 to Jericho. Most of the area is within the official municipal line and thus formally under Israeli sovereignty; the remainder is in Area C, which Israel supposedly controls. Yet hundreds of six- to ten-story Palestinian apartment buildings were built, all of which – according to a senior officer in the Border Police in charge of security, speaking in conversation with the author – are illegal.

Palestinian strategic settlement in the area comes at the expense of the quality of life of the new residents of these two sprawling developments. Jamil Sanduqa, head of the makeshift local council of Ras al-Khamis, which is funded by the PA and the EU, acknowledges that these neighborhoods are an ecological disaster: he characterizes living there as “life imprisonment.” The single road to traverse the vast urban expanse is only two lanes wide. It is continuously clogged all the way to the 24-hour outpost manned by the Border Police that allows passage into Jerusalem. Fire trucks would find it impossible to reach the scene in the event of even a small emergency, let alone an earthquake. Garbage burns in the open with devastating health effects on the inhabitants of the development as well as in neighboring Isawiyyah and French Hill.

Similar conditions prevail in al-Zaim, a smaller version of Ras al-Khamis two kilometers south, which is designated as being in Area B. In al-Zaim, illegal building is taking place near the highway in violation of international conventions that stipulate mandatory distances between building lines and major traffic arteries.

Eastward of Ma’ale Adumim, the PA and the EU have identified makeshift Bedouin encampments, the most prominent being al-Khan al-Akhmar, as the chief weapon with which to transform Area C into a Palestinian state. These fast-growing encampments are close to a major highway and are bereft of sewage systems and organized garbage disposal. The Israeli authorities have earmarked an area just south of Abu Dis that would provide all these amenities, yet the PA and the EU continue to abet Bedouin encampments.

After years of adjudication, the Higher Court of Justice finally ruled that the encampment, which is supported by EU budgets, as well as the school it erected for the children of the squatters, was entirely new and therefore illegal. Israel, however, has bowed to international pressure and refrained from removing it.

Less in public view but no less important are the southern Hebron hills. Strategically, these hills dominate the city of Beersheba. Immediately to their west sits Israel’s largest air force base. Demographically, concentrated Palestinian settlement in the southern Hebron hills would create a continuity of Arab settlement stretching from Gaza through the Arad-Beersheba axis. Regavim, the underfunded organization that monitors illegal Palestinian building in Area C, has documented the building of over 28,000 buildings and houses there in the past decade.

A massive Israeli construction drive is urgently needed to underscore the historical Jewish connection to the West Bank, the recognition of which by the Palestinians is a necessary prerequisite to peace. 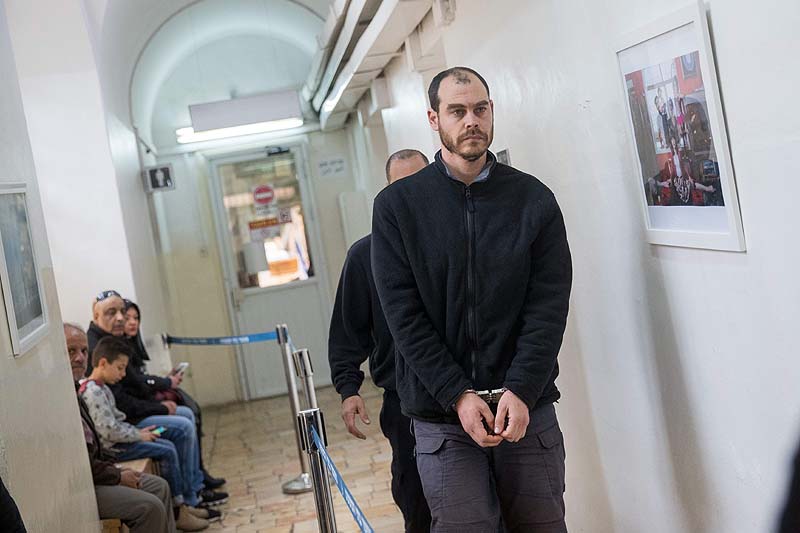 Attack on IDF Soldiers Added to Lawsuit Against Anarchist Pollak 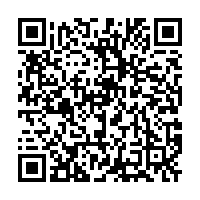