Although the Nobel Prize for Peace, which was awarded to the European Union, the economic and political amalgamation of 27 European states, on December 10, 2012, can be proud of some of its successes. Peace has certainly been kept after centuries of warfare among the European nations; France and Germany have been reconciled after long enmity, and the former Soviet bloc countries in Eastern Europe have been harmoniously integrated into the European structure.

Yet, the EU has failed to achieve a genuine economic and monetary union; has been unable to complete its currency union, and it is even more dubious that the EU has contributed to peace in the Middle East in any way that warrants a prestigious award, or that it has been helpful in efforts to resolve the Arab-Israeli conflict.

The latest example of the last failures occurred in the vote on November 29, 2012, in the UN General Assembly, on the Resolution to accord the Palestinian Authority the status of a “non-member observer state.” All the EU members voted for the Resolution, which was approved 138-9 with 41 abstentions, except for the Czech Republic which voted against, and other countries, especially Germany which abstained.

Ironically, the Resolution is counterproductive: instead of promoting peace, it encourages the Palestinian Authority not to negotiate with the Israelis or compromise on a reasonable solution — in the belief that it can get more from bypassing Israel and going straight to the EU and the UN.

Even though the EU lacks a coherent foreign policy, and the member states have taken different positions on various issues, such as the Lebanese war in 1982; the 1996 proposals on a peace plan, and the Iraq war in 2003, the various declarations of the EU have led to a certain kind of coherence in the attitude towards Israel in particular, and the Arab-Israeli conflict in general. The EU has favored peaceful negotiations and a two-state solution, but it has continually criticized the building of Israeli settlements and considered them illegal under international law.

The Israeli settlements, which exist on state or public land, are under dispute as the question of sovereignty over them remains to be decided by direct Israeli-Palestinian negotiations. They are not an obstacle to peace; rather, they have been, and are being, newly used by the United Sates, and consequently the Palestinians, to excuse the Palestinians for refusing to enter into peace negotiations. This land was often offered in exchange for negotiations, peace and recognition, all three of which have been continually rejected by the Arabs since the Khartoum Conference of September 1967, three months after the Six Day War. In a defensive action, Israel took possession of east Jerusalem and the West Bank [of the Jordan River} , following its capture by Jordan in the 1948-49 five-nation Arab invasion of Israel on the day after its birth.

After multiple rejections to exchange “land for peace,” the Israelis may well be wondering if they are actually expected to hold this land in perpetuity in case one day the Arabs might feel like returning to a negotiating table. It should be noted by the EU that Israel has evacuated its citizens from other formerly settled land in the Gaza Strip; that it might help to avoid aggression if the aggressors had to pay some penalty for their actions; that to the Palestinians – as they repeat, the land is theirs “from the [Jordan] river to the [Mediterranean] sea” — to Arab and Muslim countries and even at times to the UN [see the map without Israel featured at EyeonTheUN.org], all of Israel is considered a settlement, and that construction of settlements around the area of Jerusalem did not prevent the 300 negotiation sessions that took place between Israel and the Palestinian Authority between the November 2007 Annapolis Conference talks and 2008.

The EU has also refused to recognize Israel’s annexation of east Jerusalem as legitimate, and has repeated on many occasions the right of the Palestinian people to exercise fully its right to self-determination. Although unwilling to disagree too strongly with the United States, the EU has attempted from time to time to offer alternative proposals to deal with the Arab-Israeli conflict.

The first statement by the European group on the conflict was issued at the meeting on November 6, 1973 of the foreign ministers of the nine governments which then made up the members of the European Community. The statement declared that acquisition of territories by force was inadmissible, that Israel should end the territorial occupation of Arab land it had maintained since the conflict of 1967, and that in any settlement of the conflict, account had to be taken of the legitimate rights of the Palestinians. In subsequent declarations, the European Commission spoke of a just and lasting solution necessitating a “homeland for the Palestinian people.” 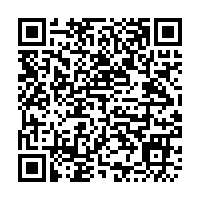