In the summer of 2005, the Israeli government, headed by PM Ariel Sharon, unilaterally disengaged from Gaza, removing thousands of Israeli residents from their homes in the Strip and transferring them to Israeli territory. This move, which was highly controversial in view of the lack of any reciprocity from Israel’s official “peace partner,” the Palestinian Authority (PA), was designed to bring calm to Israel’s southern border. Instead it ushered in a sweeping victory for Hamas in the January 2006 elections, as the group was widely seen as the catalyst to the Israeli withdrawal. Within a year and a half, Hamas had seized total power in the Strip and evicted the PA.


In the decade that followed, Gaza became an indestructible terrorist stronghold. It fired thousands of missiles and rockets on Israeli towns and villages all the way to Tel Aviv and Jerusalem, forcing the IDF to carry out three large-scale armed campaigns against Hamas (in 2008-9, 2012, and 2014). None resulted in a clear decision.

Since the end of March 2018, Hamas has adopted a new strategy of violent struggle involving mass weekly riots along the border fence with Israel, which have included sabotaging the fence, planting explosive devices, throwing hand grenades, and making violent attempts to breach the fence with a view to reaching villages on the Israeli side of the border and carrying out acts of terror there. In the spring and summer of 2018, vast tracts of land in southern Israel were burned by incendiary kites and balloons, which were often launched by children and teenagers so as to avoid retaliatory Israeli strikes.

Israeli attempts to contain the escalating violence through a long-term arrangement with Hamas met with partial success, punctured by several short escalations in which Hamas fired hundreds of missiles at civilian targets in Israel. On November 13 alone, the terror group fired more than 460 rockets and missiles, with Israel responding with dozens of air strikes on Gaza targets (while seeking to avoid any casualties, including among Hamas terrorists).

Under these circumstances, and given the irreconcilable enmity between Hamas and Mahmoud Abbas’s PA (which is doing its utmost to lock Israel and Hamas into full-scale war), the Israeli government needs to think outside the box. It is time to take an unconventional and bold step to break the stalemate and advance a fundamental solution to the Gaza predicament.

I propose that that step be the following. Gaza should be proclaimed an “International Quarantine Zone” for 40 days, with that status automatically renewed every 40 days. All Israeli border crossings to the Strip should be immediately closed, and the Egyptian border crossing in Rafah should become the sole point of entry into Gaza for goods, food, and medications.

Responsibility for the Strip will thus be transferred to the UN and the Arab League, which has done practically nothing for the Palestinian cause since its establishment in 1945. Through Egypt’s good offices and Arab oil funding, these two organizations can strive to ensure the economic well-being of the Gaza population and pave the way for the return of the PA and the end of Hamas rule in the Strip.

There is little doubt that Hamas, the PA, the Arab League, and probably some Western states will oppose the idea. Yet Israel must do its utmost to obtain US backing for the initiative, while responding forcefully and resolutely to all acts of Palestinian violence and terrorism. The object is to underscore the finality and irrevocability of Israel’s disengagement from Gaza as the only way to secure both the Strip’s recovery from its long malaise and the resumption of the Israeli-Palestinian political dialogue on a new track. 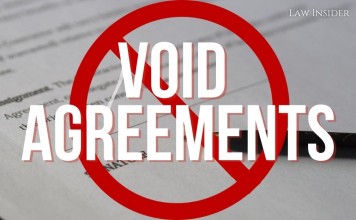 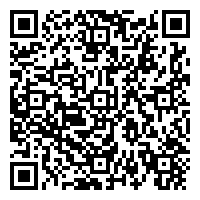