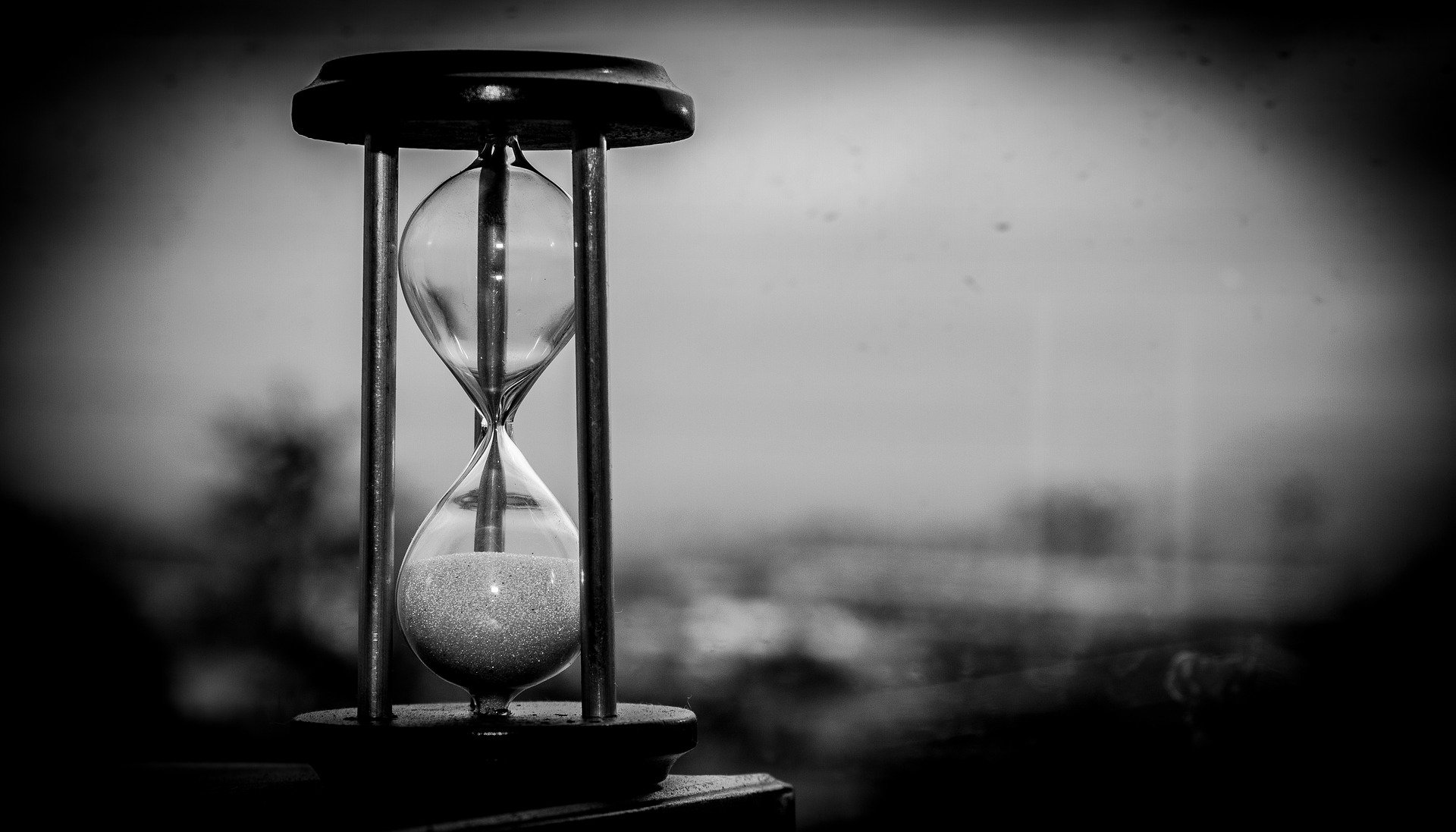 Last week I was offered the gift of time. Not much, only an hour; but such cosmic gifts are special, holy kisses from the divine, not meant to be trifled with. A mere hour would have to suffice. The exact date of its arrival was no surprise; a yearly vagary of the contemporary calendar; a futile attempt by the powers that be to stave off the inevitable darkness of winter.

I’ve always awaited this weekend, this “fall back” Sunday with ardent anticipation, the extra hour a harbinger of the coming season; the first frost, steaming mugs of cocoa, and my favorite: the long, luxurious Friday nights.

I woke up that Sunday morning eager to embrace the day, excited to make every extra minute count. The analog display on our obsolete VCR clock confused me; in the haze of semi-consciousness I was unsure if the blinking seven meant that it was eight a.m. or six a.m. Uncaffeinated, I was apparently incapable of calculating this higher level math. I opened my iPad, confident that the engineers at Apple had successfully configured the time change. With dawning dismay, I processed that it was six a.m. It should have been five a.m, but inexplicably, I had overslept. I had squandered my extra hour; or rather, it had been squandered for me. My body had decided that it needed the extra sleep, and without consulting me, had made the executive decision to swiftly and stealthily adjust to the time shift.

I was cheated of my precious 3,660 seconds that now belonged to the past, trapped for eternity in the land of lost time. I should have felt invigorated by the extra sleep, but I was exhausted. It didn’t help that this was the alternate Sunday that I worked, and as a card-holding, certified, non-morning person, my disappointment was palpable, an almost pain that settled deep into my bones.

It’s amazing to me how many songs and axioms are dedicated to the concept of time. Time in a bottle. Time waits for no one. Time is money. Many years ago when I was in high school I was up late studying for one of my Regents exams. Although I’m not a morning person, I’m not a night person either, so studying at midnight was an iffy enterprise involving caffeine and whatever local radio station was still broadcasting. Harry Chapin’s “Cat’s In The Cradle,” a heartbreaking song about lost time and bitter regrets, started playing just as I was teetering on the brink of sheer exhaustion. I started bawling. Not weeping, not crying, but bawling – the kind of tears elicited only by death, profound fatigue and teenage hormones. Roused by the noise coming from the kitchen, my father, who was learning in the other room, came to investigate. His sudden appearance only made me cry harder.

Seven years earlier my father had brushed up against death’s door, and although I was still young and unjaded, I knew, with a certainty that bordered on dread, that my days with him were numbered. I realized then that time was a commodity, but unlike money and other collectables, it was impossible to bank it or store it away for another day.

As the rest of my “fall back” Sunday unfolded I became aware – hyperaware even – of every moment that passed and how I spent it. Twenty minutes and thirty seconds on the exercise bike was a good use of time. Ten minutes talking to my patient about the benefits of a new prescription eye drop was a very good use of time. Thirty minutes and four seconds getting sucked into an internet rabbit hole was definitely not a good or productive use of my time.

There’s a relatively new concept out there in the modern universe called “me time,” which is exactly what it sounds like – time spent relaxing on one’s own without having to do anything for anyone else. Whereas nowadays surfing the web and playing games on my iPhone are probably bundled into the category of “me time,” there’s a voice inside my head stage whispering that I am abusing and defiling my precious time.

Someone recently asked me how I find time in my schedule to write. I told her that I make time. Technically, that’s not true. One of the very first things that Hashem created was time. There was evening, there was morning, seconds became hours, hours became the first day. Later, much later, that time was sanctified. Look, Hashem told Moshe, look at the moon, a mere sliver, tiny, infinitesimal. A new beginning, a new month, full of days, full of hours, full of potential. I don’t make time; I borrow it, I steal it. I force my body to wake up early, my mind overriding the protests of my tired limbs, carving out the space to create, to put words on paper.

But my body is smarter than I am – It knows you can’t truly steal time, and so when I get greedy and try to grab an extra hour it revolts and steals the hour back, and I wake up on that Sunday morning, my plans foiled, because time is wise, and finite, and does not like to be tampered with.

My youngest daughter came home this past erev Shabbos for the weekend; something that is increasingly difficult for her to pull off with the shorter days. My baby, who is not a baby at all but a young woman, is well aware that the hours on Friday are different from those on any other day of the week. They need to be bent, manipulated, squeezed and sucked dry so that every last speck of time can be utilized. I was excited to have her home. We hadn’t seen her in three weeks and each minute with her is cherished because it is one minute closer to when she has to leave. There was a community-wide women’s event on Saturday night that I chose to forgo in order to make chocolate chunk blondies with her. Part of me felt guilty for not showing up to the event, one that I’d been instrumental in promoting as a representative of my shul. But that guilt, that old and familiar companion, was quashed by the pure pleasure of watching my baby who is not a baby blissfully lick the batter off the spatula.

One of my very elderly patients called to speak to me. She was having trouble adjusting to the new glasses that I had prescribed for her after her cataract surgery. “Space,” she told me, “is weird, distorted.” This did not surprise me as we had discussed it pre-operatively. “Give it time,” I told her. She called back a week later. “Time is up,” she told me. “Time did not help me.” I told her to make an appointment to see me, but the logistics didn’t work. She needed one of the longer exam slots, and the next available one was in December. She couldn’t wait that long, and didn’t want to scrimp on her exam time or be rushed, so I decided to come in early one day and set aside a block of time for her. My assistant looked at the schedule for that day dubiously.

“That’s a really long day already – are you sure you want to do that?”

I wasn’t sure at all. In fact, I had to rearrange things in order to make it happen. But sometimes time is flexible, yielding, and generous, and the gift of my time is an asset I am blessed and humbled to be able to share.

I’m convinced that when my girls were babies time stood still. Minutes seemed like hours and hours seemed like days. Every cough, every virus, every sleepless night lasted forever. I thought that they would always stay small, glued to my side, subsisting only on cheese slices and elbow macaroni. Now time goes too fast. When I turned fifty a few years ago I freaked out. Not because I was fifty per se, but because I felt that most likely, probably, maybe, my life was half over. This sobering and scary, wild and unbelievable fact has freed me to say and think and dream of things I never would have said or thought or dreamed of before. It’s a shame that the perspective that time affords can only be seen through the lens of time’s passage.

A few days after the time change I woke up to find my bedroom shrouded in inky darkness. I could tell by the way the house was breathing that I was alone, that my husband was already in shul. It was 4:44 a.m. “So early,” my body protested. “Too early.” I ignored myself and got out of bed. I was determined to reclaim my lost hour, to wrestle with time and beat it into submission. I powered up my laptop while the Keurig discharged its liquid gold, appreciating the fact that I had the time to meander through my rumination about time. Soon the demands of the day will beckon, the rigorous trifecta of family, work and religious life. But for now, this second, this minute, this hour, there is only me, and my laptop, and all the time in the world.