Over the past decade, for the first time in its history, Israel developed a strong diplomatic posture in the region and worldwide. Israel developed strategic ties with Arab states, and the states of the eastern Mediterranean. It has built close ties with the E.U.’s Visegrád Group of central European states, Hungary, Poland, Slovakia and the Czech Republic, as well as Austria and Italy. Israel upgraded its diplomatic and trade relations with states in Africa and Central and South America, as well as with India, Japan and South Korea.

Unfortunately, it is likely that all Israel achieved through painstaking effort may be lost after the new governing coalition led by Yair Lapid takes power this week. This is the case for three reasons.


First, Prime Minister Benjamin Netanyahu is the author of Israel’s diplomatic triumphs. They are predicated on his foreign policy vision that diplomatic ties are built on common interests even more than ideology and that Israel has much to offer the nations of the world. There are many things that divide the members of the incoming governing coalition, but they agree on one thing—they all hate Netanyahu. So, the first reason Israel may soon abandon its diplomatic achievements is because Lapid and most of his partners in the coalition want to erase Netanyahu’s accomplishments.

The second reason Israel’s diplomatic position is likely to soon crash is that Lapid and Defense Minister Benny Gantz along with most of their partners do not share Netanyahu’s diplomatic vision. Lapid is set to become foreign minister. Lapid, Gantz and the rest of the members of the incoming coalition are members of Israel’s elite class.

The third reason Israel’s decade of diplomatic achievements is likely to end in short order is that as America-obsessed elitists, Lapid, Gantz and their ilk don’t understand the importance or potential of what Netanyahu has accomplished. They will not dedicate the necessary resources to maintain the ties he forged with the likes of Austrian Chancellor Sebastian Kurz or Brazil’s President Javier Bolsonaro, because they don’t value those ties. So the ties will wither.

This then brings us to Washington, the only place that matters for the incoming cabinet ministers.

On Monday, Secretary of State Antony Blinken testified before House and Senate committees. His remarks showed that just as Lapid and his colleagues are set to tear down Netanyahu’s legacy, President Joe Biden, Blinken and their advisers have taken an industrial-sized eraser to Donald Trump’s policies and achievements in the Middle East.

Take the Golan Heights. In 2019, Trump recognized Israel’s sovereignty over the strategic enclave along its borders with Syria and Jordan. When asked whether the Biden administration also recognizes Israel’s sovereignty, Blinken responded, “As a practical matter, Israel has control of the Golan Heights, irrespective of its legal status, and that will have to remain unless and until things get to a point where Syria and everything operating out of Syria no longer poses a threat to Israel, and we are not anywhere near that.”

Or the shorter answer: No.

Then there’s Iran. Democrat senators on Monday joined their Republican colleagues in demanding clarifications about the administration’s nuclear diplomacy with Iran. The 2015 nuclear deal, to which the administration is committed, placed temporary restrictions on Iran’s nuclear activities and in exchange, gave Iran an open road to a military nuclear capability by 2030 and $150 billion in sanctions relief. Trump abandoned the deal in 2018 because Iran was breaching the deal’s restrictions on its nuclear actions and reinstated U.S. economic sanctions that the Obama administration lifted.

The Democrat and Republican lawmakers asked how canceling U.S. economic sanctions on Iran would achieve the goal of limiting Iran’s nuclear activities given that Tehran had been breaching the deal’s limitations on its nuclear activities all along. They wanted to understand why Iran would agree to longer and stronger restrictions on its nuclear work in the future, as Blinken promises, if the 2015 deal gives them an open path to the bomb. And they wanted to know if Blinken could guarantee that money from sanctions relief wouldn’t end up in the coffers of Iran’s Revolutionary Guard Corps.

Blinken responded to all of the questions with a non-sequitur.

“Its [Iran’s nuclear] program is galloping forward … The longer this goes on, the more the breakout time gets down … It’s now down, by public reports, to a few months at best. And if this continues, it will get down to a matter of weeks,” he said.

Blinken’s alarmist view wasn’t a preamble to a call for military strikes against Iran’s nuclear installations or even for an announcement of a new strategy of maximum economic pressure aimed at collapsing the regime.

To the contrary, Blinken said that in light of the dimensions and urgency of the threat, the United States needs to immediately return to the 2015 deal, that is, give Iran billions of dollars in sanctions relief, to “put the nuclear problem in a box.”

Just days before Blinken renounced U.S. recognition of Israeli sovereignty over the Golan Heights and said the goal of U.S. policy towards Iran is to be the ayatollahs’ friend even if that means letting Iran become a nuclear-armed regional hegemon, he met his “friend” Benny Gantz at the State Department. Clearly, the meeting made no impression on Blinken. If Gantz had hoped that “good chemistry” with the Biden crowd would make it possible for him to influence them, he was doubtlessly disappointed.

Sometime in 2014, Netanyahu realized that then-president Barack Obama and his team—which is now Biden’s team—had no intention of preventing Iran from becoming a nuclear-armed hegemonic power. He reacted to this realization by spending the last eight years developing an interest-based alliance with the Arab Gulf states who are also threatened by Iran.

The Trump administration welcomed this alliance. The Biden administration is so hostile to it that Biden opened an offensive against Saudi Arabia immediately after he entered office. The administration refuses to call the Abraham Accords by their name. And during Hamas’s recent mini-war against Israel, the administration reportedly pressured Abraham Accords member states the United Arab Emirates, Bahrain, Sudan and Morocco to condemn Israel’s efforts to destroy Hamas’s missile capabilities. There is no doubt that Netanyahu spent long hours working to ensure that no such condemnations were made.

Facing the administration’s visceral hostility to Israel’s ties with the Sunni Arab states, Lapid, Gantz and their colleagues will be far less likely to move heaven and earth to maintain them.

Then there’s Jerusalem. Last Monday, 16 Republican senators signed a letter to Biden expressing their opposition to the administration’s plan to open a consulate in Jerusalem for the Palestinian Authority and to reopen the PLO’s representative office in Washington. They explained that Trump closed the consulate as required by the Jerusalem Embassy Act. He closed the PLO office in D.C. because it operated in breach of the Promoting Justice and Security for Victims of Terrorism Act, otherwise known as the Taylor Force Act. Opening a consulate in Jerusalem and reopening the PLO office in Washington would both be contrary to U.S. law, they noted.

While the senators were doubtlessly right, the administration is committed to following through on its plan. The only way Biden and his advisers may feel compelled to change course is if their efforts are met with trenchant opposition.

It won’t get any from Lapid’s coalition. Labor leader and incoming transportation minister Merav Michaeli said last week she intends to cancel 1.5 billion shekels ($462 million) now budgeted for improving roads in Judea and Samaria. Ra’am leader Mansour Abbas is ideologically aligned with the Muslim Brotherhood. Not only will he not oppose opening a consulate to the P.A. in Jerusalem, he might attend the opening of a U.S. diplomatic mission in Israel’s capital that is dedicated to serving Israel’s Palestinian enemies.

One of Israel’s greatest diplomatic assets in recent years has been the close ties it cultivated with E.U. member states led by nationalist leaders. Time after time, these leaders blocked efforts by the E.U. leadership in Brussels to condemn Israel.

The leader who has done the most to block E.U. condemnations of Israel has been Hungarian Prime Minister Viktor Orbán.

The most outspoken critic of ties between Jerusalem and Budapest has been Lapid. When Orbán came to Israel on an official visit, Lapid referred to event as a “national disgrace,” because Orbán has expressed admiration for Hungary’s wartime leader and Nazi collaborator Admiral Horthy. Like the heads of the U.S. Jewish community with whom he is closely allied, Lapid is deeply hostile to European nationalist leaders despite their enthusiastic support for Israel. As foreign minister, Lapid is likely to harpoon Israel’s ties to the Visegrád Group and so destroy Israel’s ability to prevent E.U. condemnations of Israel.

What about Naftali Bennett? Where will the prime minister-designate be in all of this? Even in the unlikely event that Bennett will want to maintain Netanyahu’s policies, he won’t have the power to do so. Although in theory the government is supposed to give equal weight to its right and left-wing members, it is hard to see how this will manifest itself in practice.

Avigdor Lieberman’s Yisrael Beiteinu party is still considered a right-wing party, but Lieberman has adopted the left’s positions on nearly every issue. It is hard to imagine that he would side with Bennett on anything controversial, particularly if it involves maintaining Netanyahu’s legacy. And even if Lieberman sides with Bennett, they won’t have the power to force Lapid to do anything he doesn’t want to do. At best, they will be able to block him from doing some things that they don’t want him to do.

If Bennett decides to act independently as prime minister on behalf of Jerusalem, or the Golan Heights, or blocking Iran from getting the bomb, or anything at all that Lapid and the left oppose, he will find himself raked over the coals by his coalition partners and the media. Without a political base, Bennett—like his fellow right-winger New Hope Party leader Gideon Sa’ar—will quickly be presented with two options. He can either adopt the ideological positions of the left, as Ehud Olmert, Tzipi Livni and Ariel Sharon did before him, or he can bring down the government and leave public life.

It has taken the Biden administration less than six months to unravel Trump’s achievements in Israel and the wider Middle East. We can expect the incoming government to unravel Israel’s diplomatic position on their first day in power. 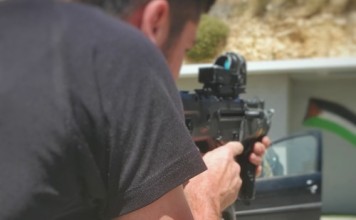 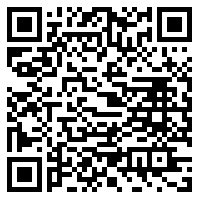