Rabbi Avraham Isaac HaCohen Kook (1865-1935) was an extraordinary Torah giant. His genius was astounding – there was no field of Torah study he had not mastered. His recall was astonishing – great scholars related that no matter what Torah subject they discussed with him it would appear as if he had just recently learned the issue in depth.

Not only was he well-versed, sharp and innovative in the arenas of Talmud and halacha, he was at home in all areas of Jewish thought: Bible, Midrash, philosophy, mysticism. On top of all this, he was unmatched in piety and righteousness. His entire existence was dedicated to the service of the Creator.

Rav Kook was a mighty figure who fought for truth and was willing to put himself on the line for the sake of Torah justice.

It is not uncommon for extreme brilliance to result in strange character traits, but Rav Kook was friendly and pleasant, so much so that all who knew him were captivated by his warm character. He was intellectual and emotional, sharp and poetic.

He possessed a rich inner life but at the same time was very active spiritually and publicly on behalf of the Torah, the nation, and the land. That all of these talents could reside together harmoniously in one soul is itself remarkable.

The great Torah leaders of his time attested to his stature. Rabbi Isser Zalman Meltzer once said to the famed Rabbi Chaim Ozer Grodzinsky from Vilna, “The two of us are considered Torah giants until we reach the door of Rabbi Kook’s office.”

Going far beyond matters connected to the rabbinate, Rav Kook addressed the difficulties of the day. He was very familiar with the philosophical and cultural winds of his generation and examined them from the perspective of the Torah.

Rav Kook possessed a unified, all-inclusive vision of things: he found harmony among the many sides of the Torah, the many factions within the Jewish people, and the many periods in history.

Many were aware of his greatness and righteousness, but few understood that his teachings contained a comprehensive solution for contemporary crises. He understood the very sources of those forces which were bursting forth and exploding in the modern age – the Jewish Haskala (Enlightenment), nationalism, freedom, and creativity, and he was able to discern the good and bad in them, forging a path for correcting them.

Rav Kook was completely taken up by his responsibilities. He did not flee from the demands of the rabbinate, demands that called for answering thousands of questions from all corners of the world, sitting in judgment of Torah-court cases, writing requests and recommendations for the needy, and caring for numerous other public needs.

In addition, he gave many Torah classes, participated in numerous assemblies and conferences, and warmly received his many friends who eagerly visited him to hear his words of Torah. The more the years passed, the greater his burden became.

Despite the fact that he loved every single Jew, and was able to see the good in both the old and new settlements in Israel, Rav Kook suffered greatly from fierce disputes. Members of Neturei Karta hated him because of his friendliness toward the chalutzim, the Jewish pioneers, while the pioneers caused him anguish by their insistence on profaning the Sabbath and eating non-kosher food.

Rav Kook, an exquisitely sensitive man, was deeply hurt by words spoken against him. Once, after he was shown an article attacking him by one of the malicious members of Neturei Karta, he did not leave his room for almost three days.

And yet, when a slanderer who had caused him great pain was forced to turn to him for help, Rav Kook forgot everything and came to the slanderer’s aid.

In Israel his enemies were powerless, but their lashon hora spread to Jewish communities in Europe. There were some who were influenced by these evil reports and, as a result, remained in Europe where eventually they were murdered by the Nazis. On the other hand, there were many who, due to Rav Kook’s influence, immigrated to Israel. 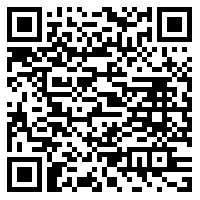