It is of tragic relevance that anti-Jewish Arab riots, rocket fire and hate-filled solidarity protests around the world have upstaged the lead-up to Yom Hashoah, which begins on Wednesday evening.

Normally at this time, Israel’s preparations for Holocaust Remembrance Day are highlighted in news broadcasts and discussed at length by the punditocracy. Even during the more than 25-month pandemic period, when the customary somber memorials around the country were canceled altogether or replaced by Zoom ceremonies, the day marked by Israel for the anniversary of the Nazi genocide of the Jews—purposely slated for the week before Israel Independence Day—was treated with deference.


This year, however, one would be hard-pressed even to realize that the date is fast approaching. If anything, Israelis have been invoking the Holocaust mainly to decry the events in Ukraine, whose president, Volodymyr Zelensky, played on this very heartstring last month when he addressed Israel’s Knesset via video.

The desire to universalize the particular plight of the Jews is nothing new. Nor is it surprising that many Jews are at the forefront of the effort to turn “never again” into a slogan that applies to any and all forms of death, destruction and discrimination.

For the past few years, even a number of prominent Israelis have joined the endeavor with gusto, not only through false analogies but by using the occasion of Holocaust remembrance to warn the Jewish state about its own dangerous extremists. Though some purveyors of this pernicious “cautionary tale” happen to be members of parties in Israel’s governing coalition, including in ministerial positions, their narrative has difficulty permeating the national membrane.

For one thing, most Israelis are too concerned with their personal safety in the face of shootings, stabbings, car-rammings and Molotov cocktails to worry about the purity of their souls and adherence to an unrealistic “rules of engagement” doctrine.

For another, the very real possibility of a nuclear Islamic Republic is both looming and concrete, with Iranian forces and proxies stationed along Israel’s borders.

Israelis are aware as well that Tehran is among those fanning the violent fervor of young Arabs desecrating their cherished Al-Aqsa mosque—on the Temple Mount in Jerusalem—by spreading the lie that Israeli forces are “storming” and “defiling” it.

Such pressing security threats, with no end in sight, help to explain the results of a poll released this week by the Pnima movement. According to the survey, conducted by Direct Polls, nearly half of the Israeli public (47%) fears another Holocaust against the Jews.

To be sure, this level of existential anxiety may be misplaced or a function of general dread on the part of a certain slice of society. Still, given the steep rise in global Jew-hatred—coupled with the spike in terrorism against Israelis and the P5+1 countries’ desperation to return to a deal that fills Iran’s coffers and guarantees its ayatollah-led regime an arsenal of atomic bombs—it’s not completely irrational. It’s especially understandable when explicit calls for the extermination of the Jews have become so commonplace inside Israel and abroad.

Nevertheless, doomsday scenarios are not constructive. They certainly aren’t conducive to a “never again” mindset or outcome, both of which require internal resolve and military might.

The same applies to those Israelis who opt to learn the wrong lessons from the Holocaust. Embracing the bogus comparison between Hitler’s “final solution” and other conflicts is as ill-fated as believing that a repeat performance is inevitable. And even entertaining the idea that the Jewish state is on some kind of slippery slope to Nazism—when it’s forced to defend itself against the terrorists in its midst and beyond its shores—is immoral.

These are the messages that should be going through our heads when we stand in silence on Thursday morning for the two-minute Home Front Command sirens that will sound everywhere in the country. Reminding ourselves of their value is the least we can do to honor the dead, pay tribute to the survivors and mean it when we say “never again.” 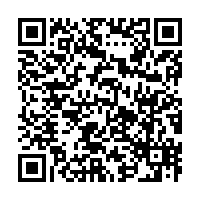