Looking at our recent history and near future, it seems like the wars keeps coming and the condemnation of other nations and their ‘voices of morality’ reliably follow.

Our foes want us dead, and we see no exit.


It seems as though our menu of choices has only three choices. Keep fighting with no hope of any resolution, eliminate our enemies, or have them eliminate us. Any hope for a peace agreement is founded in a false narrative. For our enemies, an ‘acceptable peace’ is our elimination. They are willing to pay a tremendous price in their own peoples’ blood to achieve it.

It is a stark and deeply uncomfortable reality. With each fight the world seems to hate us more and its condemnation seems to gather force.

Our allies appear to abandon us. Stage-by-stage, they walk away. First they abandon us diplomatically, then they deny us arms and then they turn fully against us or simply allow others to do the job they lack the courage to do themselves. Some do it to our faces, but others lack the conviction and courage to so publicly share their desires.

The biblical statement that the nations will look upon us and say, “Only a nation of wisdom and understanding is this great people” seems almost like a joke.

But we are the Jewish people. And through every catastrophe, we seek hope; we dream, forever, of peace.

The question is: how do we get there?

Our reality is that we are the vanguard. The vanguard of an ideological war. Like any ideological war, deaths and guns and bombs and diplomacy and alliances are only the symptoms of conflict. They are not its core.

Our enemies are fighting their own ideological wars. Their solutions are extermination. And we are not their only target. In Syria, Nigeria, Iraq and other places we can see their approach to this war. Guns and bombs and death seem to define their battle.

But we can conduct an offensive. If we believe in our ideas, we can attack. We can do more than roll back the advances of our enemies. We can overwhelm them with our vision and our promise in this world.

Writing in the early 5th century, a prominent Christian theologian named Augustine presaged our modern world. He spoke about a City of G-d. But instead of being a physical city, it was a city of shared religious connection that unified disparate people wherever they may be.

We are now seeing a twisted and dangerous version of his insight. The Internet and modern media seem to be producing a multitude of twisted Cities of G-d. We are flooded with people grouping themselves by ideas. They are then forming into international groups with more cohesion than ever before. They are like flash mobs of destruction. Some dominate societies. That is what the Islamic State, Boko Haram and others are doing. They are forming state-like entities with laws and governments and territories.

They are a coming together of like-minded people to establish something new and different. Something dangerous and repulsive.

States like Israel and its allies have a very hard time dealing with this. We want to deal with other states. We want to play by the rules that have developed over hundreds of years. We can’t understand how to battle with people who ignore our model and our world view. We somehow imagine that negotiations with states formed purely for offensive ideological purposes – states like the Palestinian Authority – are a solution. 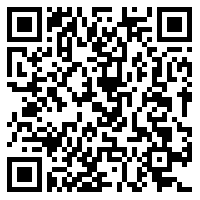