Anthony Weiner is the latest in a long line of public figures caught by surprise at the unveiling of their own closet misdeeds. Weiner (and Arnold Schwarzenegger, and the still-presumed-innocent Dominique Strauss-Kahn, and so many others before them) lived in a bubble of false security, created in part by their own hubris. Perhaps their biggest mistake, however, was believing their personal lives were somehow sacrosanct, impermeable, separate and apart from their public lives.

The scary truth – for all of us – is that privacy is often an illusion. Even as we go about our everyday lives, minding our own business, someone might be watching without our knowing it. I am not talking about stalking here, but about the natural consequences of living in a society – any society – especially one with as few degrees of separation as the Jewish community. Unless you live underground and converse only with gophers, your zone of privacy is probably narrower than you perceive it to be.


This truth hit home for me recently when my uncle asked me what I had been doing walking alone along the East River promenade under the FDR Drive on the Sunday before Shavuos. (He was not suspicious, just curious.) For the record, I had gone to a store at the South Street Seaport to buy my son a new shirt for Yom Tov and was getting in some exercise and rare “me time” by walking home. My uncle and aunt had been driving by and had honked their horn vigorously, albeit unsuccessfully, to get my attention.

Later that same week, at the preschool pickup, another mother asked me, “Was that you walking home from Chinatown earlier?” Guilty as charged. Unbeknownst to me, she had been traversing the same route on the other side of the street most of the way.

In both of these cases, there was no snooping, no prying, no “gotcha!” moment – just one person observing another in the course of their normal activities.

And yet, learning that I had been “watched” sent a tiny quiver of discomfort up my spine. Certainly, walking down a public thoroughfare carries no expectation of privacy. Yet when we believe we are in a realm of relative anonymity, we shed some of our innate self-consciousness. That peeling away is freeing – but also a little bit risky. We might do, or not do, things that would otherwise embarrass us, maybe for good reason.

Models walking the runway in the glare of flashing bulbs and hundreds of ogling eyes calculate their every step and gesture. Though hopefully nowhere near as artificial, we, too, calibrate our behavior according to our audience (or lack thereof). But as finite beings with a limited field of vision, literally and figuratively, we can’t always gauge the reach of our words and deeds.

Privacy is much coveted by those with power – the same people who expect a media stampede at the mere mention of a news conference. And how do the scandals that spell their downfalls always break? Someone once part of the circle of trust decides to cash in. Everyone deserves a private life, but those in the public eye, and probably the rest of us, too, should remember that the only actions we can control are our own.

Reflecting on my own experiences as well as the Weiner debacle made me better appreciate the prohibition on maris ayin (doing something in public view that could lead others to sin). The classic example of violating this principle is going into a non-kosher restaurant to buy a drink or use the restroom (barring emergency, of course); even if you do not so much as touch anything treif, an unknowing observer might think the eatery is acceptable – or that religious people like to sneak in a cheeseburger every now and then.

Whether at the bus stop, the airport, or the zoo, you really never know who is watching. It could be a neighbor or it could be a stranger – perhaps one whose opinion of Orthodox Jews will change forever based on how you interact with a sales clerk or family member.

Of course, even if there is no one around for miles, we are always under surveillance from Above. The key to avoiding sin, Chazal teach, is remembering that at all times there is an Eye watching and an Ear listening, and all our deeds are being recorded (Pirkei Avos 2:1). Scary? Yes. But apparently a healthy dose of fear is just what we need to keep from giving in to our own worst impulses. It sure would have done Anthony Weiner some good. 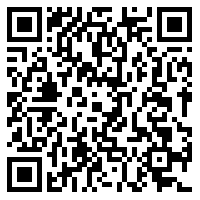