There are two fundamental mechanisms of justice for wrongs committed. The first is civil, in which the wrong is compensated economically — by the payment of money. The second is criminal, in which the wrongdoer is punished — by imprisonment, probation or fine.

Our constitution recognizes this historic distinction by guaranteeing different rights in civil and criminal cases. The Bill of Rights provides that “in all criminal prosecutions,” a plethora of important procedural protections must be accorded the defendant. These include a “speedy and public trial by an impartial jury”, “the assistance of counsel”, the ability to confront adverse witnesses and call favorable ones, prohibitions against compelled self-incrimination and double jeopardy, reasonable bail and no “cruel and unusual punishment.”

In civil cases, on the other hand, there is little more than trial by jury and basic due process.

This distinction recognizes that the stakes are generally higher in criminal cases, in which a defendant can be deprived of liberty and life, than in civil cases involving money. This is not always the case, since some civil judgments can bankrupt a defendant, while some criminal penalties can be trivial, but the stigma of a criminal conviction is worse and the penalties usually more painful.

The civil-criminal distinction has gone through several historical phases. In the beginning of recorded history, the line was blurred, especially between torts and crimes, In both situations, the defendant has hurt the victim, and the victim seeks recompense or revenge from the courts. In earlier days, where there were no prisons for long-term incarceration, the recompense was primarily economic, except in extreme cases where only capital punishment was deemed a sufficient remedy.

With the advent of the prison system, the separation between civil and criminal grew sharper. More recently, the ambit of the criminal law has expanded significantly, so that harmful conduct once deemed only a civil wrong, subject to economic compensation, began to be treated as criminal conduct, subject to imprisonment. This is especially so with regard to negligent acts that produce great harm, such as death or serious injury from automobile accidents, or dangerous consumer products, such as germ-laden food or pharmaceuticals.

The same is true of gun accidents, as evidenced recently by the involuntary manslaughter prosecution of Alec Baldwin for accidentally killing a film set employee by shooting a prop gun that he was told had no live ammunition. An even more controversial prosecution was against Kim Potter, a Minnesota police officer who intended to stop a fleeing felon by properly shooting him with her taser, but accidentally drew and fired her pistol, killing him. She was convicted of first- and second-degree manslaughter, sentenced to two years in prison and denied bail pending appeal, though it was undisputed that she did not intend to shoot the victim with live ammunition. Some anti-police activists wanted to charge her with murder.

Another current example of criminalizing negligent behavior is the manner by which the careless handling of classified material, such as by former President Donald Trump and current President Joe Biden. The relevant criminal statute does require evidence that the person who possesses the documents “knowingly removed ” them with the intent to “retain” them, but it doesn’t require proof of any intent to disclose or misuse them.

Other examples of current crimes that used to be civil torts involve the negligent distribution of foods and pharmaceuticals that are dangerous, and negligent failure to protect children from harm.

There are two major reasons why criminal liability has been extended to cover negligent behavior. The first is evidentiary: it is often difficult or impossible to prove a specific intent to commit a crime, so the law takes a shortcut, substituting negligence, which is far easier to prove.

The second reason is to put the burden of preventing harms on the persons most able to do so. Under this approach, Baldwin and Potter are held criminally responsible for NOT taking additional steps to ensure that the weapon on the film set was not firing lethal ammunition. Those carelessly in possession of classified documents are criminally accountable for NOT being more careful. And those selling food or pharmaceuticals are required to assure the safety of their products or risk criminal prosecution.

One consequence of this expanding criminalization of what used to be civil violations is to reduce the stigma of a criminal conviction. When a specific intent to cross the line to criminality was required — a calculated decision “to be or not to be” a criminal — it was easier to differentiate the morally and legally culpable from the merely careless. Today that line has become fuzzier.

Another consequence, which we are currently experiencing in the political world, is the weaponization of the criminal justice system for partisan purposes.

All in all, the unmistakable trend toward overcriminalization is a
knife that cuts both ways: it may make us a bit safer, but not without real costs, including the politicization of decisions to subject citizens to criminal prosecution. 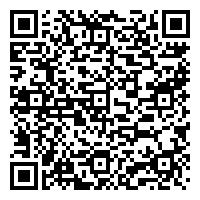