Israeli soldiers captured 11 terror suspects in overnight raids carried out in Palestinian Authority-controlled areas of Judea and Samaria as part of the military’s ongoing “Break the Wave” operation.

Among the items confiscated during the raids were an airsoft gun, knives and ammunition seized at the home of one of the suspects in Silwad.

In the first five months of Operation Break the Wave, as of September 2022, Israeli security forces had arrested more than 1,500 terror suspects in the nearly daily raids and hundreds of terror attacks had been thwarted as part of the “Break the Wave” operation.

“Break the Wave” is being carried out by Israeli forces in response to a wave of deadly terrorist attacks on Israelis that began in March 2022 with the start of the Islamic holy month of Ramadan. Nineteen Israelis were murdered by Palestinian Authority terrorists in the period between March and May 2022. 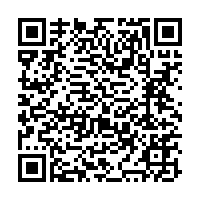