Indeed, the Ayatollahs must come to the table in a serious way for an effective agreement to be concluded – advancing peaceful coexistence, rather than fueling violence.  However, “a serious (peace-driven) way,” on the one hand, and the nature of the Ayatollahs, on the other hand, constitutes an oxymoron.


The well-documented nature of the Ayatollahs consists of: Islamic supremacy; violent intolerance of the Christian and Jewish “infidel;” apocalyptic and megalomaniac worldview and policies; worshipping martyrdom/suicide bombing; ruthless domestic repression; hate-education in K-12; sponsorship of global Islamic terrorism; subversion and terrorism against all pro-US Arab regimes; collaboration with all anti-US regimes; nuclear cooperation and co-development of long-range ballistic capabilities with North Korea, a rogue nuclear power; expansion of economic, military, gas and nuclear cooperation with Russia, which collaborates with Iran in Syria and Yemen; undermining the US position in Latin America via the enhancement of economic, military and gas cooperation with Venezuela and Bolivia, which supply uranium to Iran, as well as overall cooperation with Argentina and uranium-rich Ecuador; demonization of the USA in schools, media and mosques – “the Great Satan;” celebration of the November 4 “Death to America Day;” systematic non-compliance with agreements through the art of nuclear concealment, double-talk and deception (Taqiyyah).

The nature of the Ayatollahs’ regime constitutes a clear and present threat to vital US interests.
An effective agreement must not subordinate reliability to desirability. Therefore, the track record of the Ayatollahs should override – and must not be sacrificed on the altar of – the hopes and aspirations of reaching an agreement.  The reality inside the negotiation halls must be determined by – and not conflict with – the reality of Iran’s track record outside the negotiation halls.  As pertinent as are the details of an agreement, the details of the Ayatollahs’ track record – domestically, regionally and globally – constitute the dominant element which will shape the ripple effects of an agreement: will it promote peaceful coexistence or intensify violence?

Short-term political convenience and assessments must be subordinated to long term assessments of the imperialistic goals and rogue foreign and national security policies of the Ayatollahs.

An agreement with a rogue regime cannot be effective unless preconditioned upon the dramatic transformation of the nature of the regime.

The ethos, mission and long-term vision of the Ayatollahs are reflected most authentically and lucidly in their school textbooks, which were analyzed by the Center for Monitoring the Impact of Peace (CMIP). According to CMIP, which analyzed 115 textbooks, “Hostility towards the USA is apparent everywhere in the textbooks, backed by a set of titles of which ‘the Great Satan’ is exclusively reserved for the USA…. Iran prepares its school students to fight the West – the US in particular – as an indispensable phase of the Islamic Revolution…. Much emphasis is put on Jihad [Holy War] and martyrdom…. Iran’s school system prepares its pupils for World War III in the name of Islam against American world hegemony…. A life-or-death global war against the infidel oppressors….  ‘O Muslims of the world, you should overcome the fear of death and leverage the passionate and martyrdom-seeking youths…. We shall not cease until the annihilation of all of them (Islamic Viewpoint, Grade 11)’…. ‘The exalted God gives eternal Paradise to anyone who becomes a martyr [Islamic Culture and Religious Instruction, Grade 8]…. There is a clear differentiation between Islam and the other monotheistic religions. Islam is considered superior… the only valid religion…. Israel is presented as a base created by Western Colonialism for the control of the Arabs and Muslims [Geography, Grade 11]….”

Unlike the USSR which adhered to the principle of mutual assured destruction (MAD), the apocalyptic worldview of the Ayatollahs – who had no compunction in dispatching 500,000 children to clear minefields during Iran’s war against Iraq – considers MAD-driven martyrdom an inducement, a sublime prize. Furthermore, the Ayatollahs believe in the imminent emergence of the 12th (Hidden) Imam, the Mahdi – Muhammad’s successor – through apocalyptic events, which could be accelerated via military confrontations, including nuclear.

While negotiating with the USA, the Ayatollahs follow core Islamic principles such as the Hudaybiyyah Treaty – which allows Muslims to conclude an agreement, to be abrogated, in order to overcome the “infidel” – and Taqiyyah, which legitimizes deception in the pursuit of Islamic goals. For example, on November 5, 2004, notwithstanding the facts, the current Foreign Minister, Zarif, wrote: “The predominant view among Iranian decision-makers is that possession of nuclear weapons would only undermine Iranian security…. There are also serious ideological restrictions against weapons of mass destruction…. A costly nuclear weapon option would reduce Iran’s regional influence and increase its global vulnerabilities.” On September 12, 2002, Iran’s current President, Rouhani, proclaimed on ABC-TV: “We are not pursuing nuclear, chemical, biological weapons.”  On March 21, 2003, the Supreme Ayatollah, Khamenei, stated: “The statement that the Islamic Republic wants to obtain chemical weapons and the atomic bomb is totally false.”

Against the backdrop of the track record of the Ayatollahs, it would be a well-intentioned fundamental misjudgment – which could lead to a global chaos, including a nuclear war – not to precondition an agreement with the Ayatollahs upon the drastic transformation of the nature of their regime. 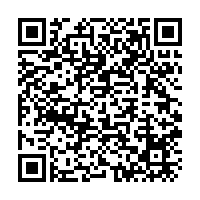