In its single-minded pursuit to sign a deal with Tehran in 2015, the Obama administration abandoned its promise to: 1) insist on Iran dismantling its thousands of centrifuges; 2) ensure the shuttering of Iran’s Arak plutonium facility and Fordow underground nuclear facility; 3) demand free, unfettered, and unannounced inspections of all suspected nuclear sites; 4) extract a full accounting of the military dimensions of Iran’s past nuclear research and development; and 5) maintain existing non-nuclear sanctions on Iran.


“The Iranians deliberately cheated and violated the deal just to see how the Obama/Kerry team would respond and – wouldn’t you know it – the United States responded by literally paying the Iranians to stop violating the deal … Then, the State Department turned around and told Congress and the American people that all this showed the deal was working.”

This farcical policy – of the U.S. paying for Iranian breaches of the deal in order to keep Tehran in technical compliance with it – has now been reversed by the Trump administration. Secretary of State Mike Pompeo’s recent major policy address has set the stage for the U.S. to re-impose harsh economic sanctions on Iran that could cripple its ailing economy.

Whether the sanctions are fully effective will depend to some extent on European compliance. Thus far, however, despite rumblings of discontent from European leaders who wish to maintain the deal and are scrambling for ways to circumvent them, the evidence suggests they will largely comply with U.S. sanctions rather than invite penalties upon themselves for violating them.

U.S. law authorizes the Trump administration to impose sanctions on the Brussels-based Swift financial messaging service and its directors if they refuse to disconnect Iranian banks. Additionally, the Treasury Department has the authority to target companies owned or controlled by the Islamic Revolutionary Guard Corps and Iran’s defense industry. And the U.S. can also pursue Iranian proxies and their companies and bankers, like the Hezbollah terrorist organization in Lebanon.

As for Tehran, it finds itself extremely vulnerable to U.S. sanctions – whether they are fully complied with around the world or not – given the fragility of its economy, its soaring inflation rates, and the collapse of its currency value.

In short, the policy shifts that have already occurred since President Trump took office, as well as the additional steps that the U.S. is well within its rights and capacity to take against Tehran, suggest that the Iranian regime will be forced to that hard choice few believed it would ever find itself compelled to make: renegotiate the deal or face economic collapse and, with it, the destabilization of its regime.

The Trump administration has the power to continually tighten the screws on Tehran. Indeed, the options for pressuring Iran into abandoning its quest for nuclear weapons are so obvious that one wonders why the U.S. has waited so long to avail ourselves of them. Essentially, we have lived through an eight-year diversion and suspension of American vital interests due to the Obama administration’s inflexible resolve to procure a deal from Iran on virtually any terms. Thankfully, that period has now come to an end.

Although much time has been lost, the Trump administration is working to ensure we never have to face the prospect of a nuclear Iran. It has no illusions about the Tehran regime and will hopefully correct the terrible anomalies and derelictions of President Obama’s nuclear deal. 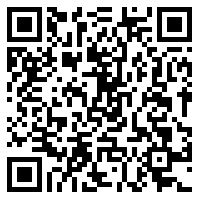