“To remain at peace when you should be going to war may be often very dangerous.”

“No government, if it regards war as inevitable…would be so foolish as to wait for the moment which is most convenient for the enemy.”

Last week, Gaza was once again simmering on the brink of large-scale military conflict, the fourth in less than a decade. Yet, the discourse (especially in Israel) on how to avoid “another round of violence” remains mired in a rehashed potpourri of previously disproven formulae, which range from the patently puerile to the positively preposterous, and from the blatantly inane to the borderline insane.

The dominant theme advanced for restoring calm to Gaza is improvement of the area’s humanitarian conditions. Nonsense! Not only does this theory rest on a denial of reality, it actually plays directly into the hands of Israel’s detractors. For it necessarily implies that if only Israel would somehow facilitate an improvement in Gaza’s living conditions, the violence would subside.

The current conditions in Gaza are the result of neither a lack of international humanitarian aid, nor of Israeli largesse. Gaza has enjoyed an abundance of both, only to squander them on efforts to harm Israel by diverting massive resources to the construction of a vast military infrastructure with which to assault the Jewish state.

The only thing Gazans need to do to extricate themselves from their current predicament is to stop what they are doing now: attacking Israel. The only thing that needs to happen for Gaza to thrive is for them to convincingly forswear hostility and embrace peaceful coexistence with Israel.

But, of course, that will not happen. For that is not in the nature of the Gazan populace, who overwhelmingly (70 percent) endorse a return to armed intifada and who prefer “armed resistance” by a factor of two to one over “nonviolent resistance” or “negotiations.”

Nothing could symbolize the Gazan’s willingness to “cut one’s nose to spite one’s face” better than the destruction of the high-tech greenhouses left behind by Jewish farmers in the 2005 Disengagement. Rather than operate them for their own benefit, a frenzied mob trampled them into mangled ruin the moment the IDF left the area.

There is not a shred of evidence that the Palestinian Arabs will morph into anything that they have not been for over a hundred years, nor that they are likely to do so within any foreseeable time horizon. Indeed, as time progresses, such an outcome seems increasingly remote. Accordingly, any policy paradigm based on the assumption that, somehow, they can be coaxed or coerced into doing just that is hopelessly fanciful and fraught with grave perils.

To formulate an effective policy regarding Gaza, we need to understand the pathology of what we are attempting to address. The source of the conflict is the physical presence of a large, implacably hostile Arab population on Israel’s southern border. Simple logic therefore dictates that to remove the source of conflict, that hostile population must be removed.

Israel will not be able to indefinitely endure recurring bouts of fighting whenever the enemy on the other side feels sufficiently bold to launch an attack or sufficiently desperate not to be able to refrain from one.

Accordingly, the solution for Gaza is not, and cannot be, its reconstruction, but its deconstruction and the humanitarian relocation and rehabilitation of non-belligerent Gazans to third-party countries.

To achieve this, the IDF cannot content itself with periodic punitive sorties followed by a limited interbellum in which the enemy regroups, rearms, and redeploys, ready for the next round. It must conquer the entire Gaza Strip, apprehend (otherwise dispose of) the current Gazan leadership, dismantle the current mechanism of governance, and begin a vigorous program of incentivized emigration of the non-belligerent population.

This is the “simple” solution for Gaza, and the only durable one. Of course, to say that it is “simple” does not imply that it is easy. But denying or delaying the inevitable does not make it any less inevitable – only more costly when it inevitably comes about. 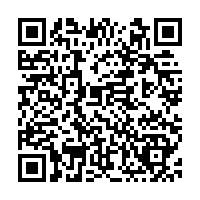