In attempting to be currently relevant against the backdrop of the long view of history and human events, one risks becoming totally irrelevant.

Reading and listening to the media, bloggers, and the convention planners among us, one would believe the fate of the Jewish people and the state of Israel, not to mention the salvation of Torah Judaism and the general welfare of humankind, is dependent on empowering women rabbis or excluding them, destroying or preserving an illegally built synagogue building, and giving pat answers to very complex and complicated personal and family problems and issues.

All these issues have an importance in their own right but none of them, in the long run, are relevant to Jewish survival in a general sense.

Women rabbis have been around for decades in the non-Orthodox synagogue world. Has their presence strengthened any of those faltering and failing groups?

Is there any evidence whatsoever that women rabbis strengthened Jewish commitment among the unaffiliated?

Is there any reason, except for the empowerment of a few diehard women, to think this issue should be at the forefront of Jewish life and rabbinic savants?

It is completely irrelevant to the current situation of Jews and Judaism in the world.

It will not convince the unfortunately alienated Jew to become more Jewishly committed and it will certainly not resonate with the vast majority of Orthodox Jews.

So why pursue something that is so unnecessarily divisive and essentially useless?

Europe declared it was going to label Israeli products grown, produced, or manufactured east of the “green line” as being from occupied territory. This is Europe’s contribution to achieving peace in the Middle East.

The response of the Muslim extremists, whom Israel has to deal with on a daily basis, to this gesture of European solidarity was the horrendous massacre of innocents in Paris.

The labeling issue now appears as it really is – absurd, useless, and completely irrelevant to the realities of the Middle East and the Muslim world.

By now it should be evident even to the most obtuse Israel-basher that the problem is not “settlements” but rather a militant Islam that refuses the right of others to exist in the Middle East – and now, for that matter even in Europe and the U.S.

Of course Europe, its media and academia, has a long history of dwelling on the irrelevant. It is trapped in its own tangled web of moral equivalency where good is evil and evil is good.

Orwell’s 1984 is Europe 2015. Anti-Semitism knows no logical boundaries or sensible argument or debate.

And make no mistake, today’s anti-Israel rhetoric, demonstrations, and actions are motivated by anti-Semitism. This curse has haunted Europe for millennia and it is still thriving there today.

Labeling products is completely irrelevant to the future of Israel and of Europe. But Muslim migration and Muslim extremism and terrorism are the stuff of Europe’s future. Europe should stop whistling past the graveyard.

The current tense situation in Israel – and Jerusalem is still far safer than New York, Chicago, or Paris – again points out the irrelevance of two-state solutions.

Without a change in the Palestinian mindset, which disavows Israel’s right to exist, all the diplomatic efforts at peace are doomed to failure.

All the proposals for bridging the gap are completely irrelevant to the realities of the situation.

President Obama himself realized this to be the situation when he stated that no real progress can be expected during the remainder of his term in office.

There is a begrudging admittance in that statement – inferred but certainly not explicit – that not everything is the fault of Benjamin Netanyahu’s obstinacy.

Of course, the Israeli left, which itself is rapidly becoming more and more irrelevant in much of Israeli society, will never admit its errors or basically change its tune and policies.

But the result of becoming irrelevant is that eventually people stop listening to you. Irrelevance only breeds continuing and more intensified irrelevance.

Thus we will have to wait to see what future events will occur that may alter the present situation and give us an opportunity to truly bridge the gaps and create a more stable and even peaceful Middle East. 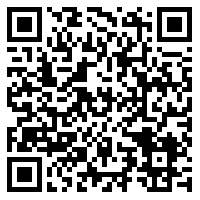