To My Reform Brothers and Sisters Abroad,

I write this from the depths of my heart to my Jewish brothers and sisters in the U.S of the Reform movement. I write not to the leaders, but to the congregants and their local rabbis.

I’ve heard the leaders of the Reform establishment expressing their displeasure at the freezing of the status quo at the Western Wall, the Kotel, and threats, explicit or implicit, making support of Israel contingent on what goes on at the Kotel.

I hope you know that ever since the Kotel was returned to Jewish control in 1967, the prayer plaza has conformed to the traditional form of prayer that the overwhelming majority of Israelis recognize. You’ve been told that once upon a time men and women prayed together at the Kotel; you may have been shown old photos to that effect. However, all those photos are from times when the Jews had no control over the Western Wall. So yes – there was no “mechitza” – no separation between men and women – but neither were there chairs, Torah scrolls or prayer books. The Turks and later the British denied us control of the Kotel; anything that went on there was dictated by the Muslims. Since the Kotel has been returned to Jewish hands, and there are chairs, and prayer books, and holy arks with Torah scrolls – there has been separation of men and women at prayer, as was traditional in Judaism for millennia.

You may be misinformed, so let me tell you something about the numbers. There are somewhere between ten and fifteen thousand active synagogues in Israel. Of those about fifty aren’t Orthodox. For the sake of arithmetic simplicity let’s say there are only 10,000 synagogues and let’s double the number of non-Orthodox synagogues to 100. That means one per cent (1%) of Israeli synagogues aren’t Orthodox. An overwhelming majority of Israelis are either Ultra-Orthodox, Orthodox, or traditional – and the synagogue they go to on occasion is the traditional Orthodox synagogue. There are reasons for this, but it’s not within the scope of this article to discuss them.

Before continuing – there is a crucial, personal point I wish to make. I am an Orthodox rabbi, with a beard and all. I teach Torah all week long, but on Thursday afternoons I have a hobby: guiding in the Western Wall tunnels. In eight years of guiding I’ve heard two types of comments regarding the Kotel from Reform Jews:
1] People tell me with a glow in their eyes how wonderful their bar/ bat mitzvah was in the southern section of the Western Wall, where there has been a non-Orthodox section these last few years. They tell me how beautiful the area is, how moving to have a bat/bar mitzvah nearly on the ancient street from the time of the Temple, near a section of the Western Wall that is taller and nicer than the more-familiar section.
2] I’m asked: “why is there separation of men and women at the Kotel?” I politely answer with a smile: “Israel is a democracy, and that’s what the vast majority of people prefer. Come on aliyah, with a million more like you and then things will be open for discussion.” I’ve never been challenged after that answer.

Three days before the controversy erupted I had the privilege of guiding Rabbi David from a Reform synagogue in Dallas, together with a few of his congregants. During the tour I said to him, as an Orthodox rabbi to a Reform rabbi: we are family, we are colleagues. We have many differences of opinion and practice, but we are in this together. I told him that he was fighting the good fight for the Jewish people, against rampant materialism and assimilation. I think we were both excited, because the love and warmth were real.

So dear Reform brothers and sisters: will you still love me even though I am different in my opinions and practices? Assume theoretically that Israel became 100% Orthodox – would you abandon us? My love for you is unconditional – despite many deep differences. And yours? Do you support Israel and contribute because you’re buying influence, because we are one people.

Please help me spread this letter in any manner you can, so all my family can hear my voice, speaking for my people. 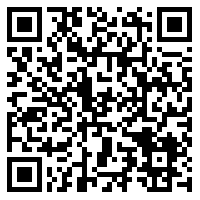