To rebut Trump’s argument, CNN quoted Michael Rubin from the American Enterprise Institute: “World War II was a war among states and the Kurds weren’t a state,” he said. It also quoted Henri Barkey, a Middle East expert from the Council on Foreign Relations, who said, “Just like many other people who did not have a state, [the Kurds] could not have helped the United States.”

In fact, though, both in World War I and World War II, stateless Zionist Jews lobbied and organized in the U.S., UK, Canada, Palestine, and elsewhere to form independent fighting units to fight against Germany and the Ottomans in WWI and against the Axis powers in WWII.

The men agitating for and leading the Jewish soldiers in WWI and WWII were some of the most colorful and amazing individuals of the Zionist movement. That Barkey and Rubin could be expert sources for CNN and not be highly familiar with their stories is rather surprising.

The WWI Jewish fighters were led by British officer John Henry Patterson. Patterson was the most famous African lion hunter in British history. His story is told in the 1996 Val Kilmer/Michael Douglas film “The Ghost and the Darkness.” Patterson was played by Kilmer, and the movie is based on a book by Patterson. Two other books written by Patterson detail his work with Jewish soldiers and were titled With the Zionists in Gallipoli and With the Judaeans in the Palestine Campaign.

The Zionists who organized the WWI soldiers were Yosef Trumpeldor and Ze’ev Jabotinsky. Trumpeldor was a dashing one-armed disabled veteran and former POW of the Russian-Japanese war. In 1920, he and seven other valiant Zionist defenders died in the defense of the Galilee village Tel Chai against a much larger Arab force. A large statue of a lion sits at the site, and the Israeli city of Kiryat Shmona is named after Trumpeldor. The lion statue is the closest thing Israel has to a Mount Rushmore.

Ze’ev Jabotinsky was the greatest right-wing Zionist leader between the two world wars, and Prime Minster Netanyahu’s father, Benzion Netanyahu, was a personal aide of his. Jabotinsky died in the U.S. in 1940 while trying to convince Americans to support a new Jewish Legion for WWII.

Patterson joined Jabotinsky and Benzion Netanyahu in this work in the U.S, and Benzion named his oldest son, Yonatan (Yoni) after Patterson. In honor of Yoni’s brit in 1946, Patterson presented the Netanyahu family with an engraved silver cup with the wording “To my beloved godson Yonatan from Lt.-Col. John Henry Patterson.”

Jabotinsky wrote The Story of the Jewish Legion after WWI and The Jewish War Front before WWII, arguing that the Jewish people needed to form a Jewish army to take an active part in the war against Nazi Germany.

Jabotinsky traveled to the U.S. with Benzion Netanyahu and other Zionist activists, who initiated what can be termed the first Zionist lobbying effort on Capitol Hill. Their demand for stateless Jews to be allowed to fight included full page newspaper ads written by the legendary Hollywood screenwriter Ben Hecht that appeared in The New York Times.

The stateless Kurds may not have had their Jabotinsky. Fortunately, stateless Jews did have Jabotinsky and were thus able to create Jewish army formations to fight alongside the Allies against the Nazis. Without this Zionist partnership with the Allies, Jewish history after the WWII would have continued in a much different direction. 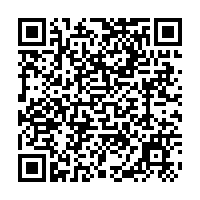