What would have happened if Yitzhak Rabin hadn’t been murdered? Would history have been altered?

Not according to former IDF intelligence chief and Labor Party frontbencher Amos Yadlin. “He would have lost the elections in any event to Benjamin Netanyahu in ’96,” Yadlin says. “The public atmosphere in the country was that the Oslo process failed, the terror attacks of [Islamic] Jihad and Hamas were unacceptable, and Rabin himself would have reconsidered Oslo. I have no doubt that he lost his trust, if he even had it, in Yasir Arafat.”


Actually, Rabin’s murder did alter history. It created a mythology on which subsequent Israeli leaders have acted, or felt obliged, to act.

One need only read the pronouncements of some American Jewish groups last November on the twentieth anniversary of Rabin’s murder to see that mythology in full flight.

J Street, for example: “We stand for the legacy of Yitzhak Rabin –responsible leadership, bold vision, pursuit of peace. The current Israeli government has ignored that legacy.”

Indeed, J Street, American Friends of Peace Now, the New Israel Fund, and other groups produced a ‘Statement of Principles‘ calling upon American Jews and Israelis to “recommit to carrying out Rabin’s legacy.”

This legacy was not defined by the statement’s framers, but there is little mystery surrounding its meaning: creating a Palestinian state alongside Israel.

This might be regarded now as undebatable, given that the defunct Oslo peace process commenced under Rabin’s stewardship, but this is not so.

One need go no further than Rabin’s last speech to the Knesset, delivered on October 5, 1995, just one month before his murder, in which he outlined in considerable detail his peace vision:

Yet, since that date, Rabin’s successors have agreed to Palestinian statehood, albeit with limitations on its sovereignty; uprooted Jewish communities in Gaza and the West Bank without first securing a peace settlement; proposed near-total Israeli withdrawal to the pre-June 4, 1947 lines; relinquished control over the Gaza/Egypt border, and more besides – without having succeeded in securing peace.

In short, Rabin’s successors have been considerably less cautious and more concessionary than Rabin was.

Would Rabin have gone further, had he lived, as his successors have done? Not according to Yadlin. Nor according to his daughter Dalia, who said in 2010 that “Many people who were close to father told me that on the eve of the murder he considered stopping the Oslo process because of the terror.”

If that is the case, then perhaps the real legacy of his murder is this: his successors, whatever their actual instincts and regardless of conditions on the Palestinian side, felt impelled to go many extra miles to achieve Palestinian statehood.

Accordingly, there is no warrant to pretend that the Israeli government is “ignoring” Rabin’s legacy or that his legacy involves supporting the creation of a Palestinian state. Still less so at this point in time, 15 years after Oslo foundered in bloodshed and terror launched by Israel’s putative peace partner. 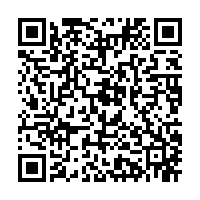