Mainstream media outlets like to complain about “fake news” emanating from sources other than themselves, but the mainstream media itself has taken fake news to new heights in its recent coverage of Jerusalem. Leading media outlets have asserted, inter alia, that Jews never cared about Jerusalem until a few decades ago, that Jews didn’t live in East Jerusalem before 1967, and that Jordan protected freedom of worship in the city.


Exhibit A is the New York Times’ mind-boggling backgrounder on Jerusalem, which “informs” readers that Jews didn’t really care about the city until “hard-line religious nationalism” came into vogue a few decades ago. To produce this flat-out lie, the reporters omit crucial facts, downplay those they can’t omit and rely heavily on Arabs–who have made a fetish of denying Jewish links to Jerusalem for decades–to tell their readers what Jews think (though, naturally, they also found some Jews to echo these claims). Thus, for instance, they paraphrase historian Issam Nasser as saying, “The early Israeli state was hesitant to focus too much on Jerusalem,” while Prof. Rashid Khalidi asserts that post-1967, “Jerusalem became the center of a cultlike devotion that had not really existed previously.”

To support this idea, the reporters omit almost any fact that might contradict it. Readers are never told, for instance, that Israel’s founding fathers–the ones who ostensibly had little interest in Jerusalem–fought some of the bloodiest battles of the War of Independence in an effort to save the city from its Arab besiegers.They even took the extraordinary step, after repeated failures to open the road to Jerusalem militarily, of building an entirely new road through very difficult terrain to relieve the siege.

Readers also aren’t told that Israel’s first prime minister, David Ben-Gurion, repeatedly stressed Jerusalem’s importance, declaring it “the heart of the State of Israel,” which “Israelis will give their lives” to keep, because for Israel, “there has always been and always will be one capital only.” And they’re certainly never told that the devotion to Jerusalem Khalidi deems of such recent vintage actually dates back 3,000 years, to the First Temple, and that throughout two millennia of exile, Jews prayed facing Jerusalem and begged God to restore them to their holy city.

But on the rare occasions when the reporters can’t omit an inconvenient fact, they shout, like the Wizard of Oz, “Pay no attention to the man behind the curtain!” Thus, the Times’ reporters do concede the pesky fact that Israel’s founding fathers–those same people who ostensibly didn’t care about Jerusalem–relocated Israel’s capital to the city the moment it was safe to do so, a few months after the war ended, and even codified this decision in legislation. But the information is hidden in a parenthetical aside: Jerusalem’s “western half became part of the new state of Israel (and its capital, under an Israeli law passed in 1950).”

Unfortunately, this backgrounder was no aberration. Just a few days later, a Times editorial asserted that “East Jerusalem was exclusively Arab in 1967, but Israel has steadily built settlements there, placing some 200,000 of its citizens among the Arab population and complicating any possible peace agreement.” You’d never know from reading this that east Jerusalem was “exclusively Arab” in 1967 only because Jordan had ethnically cleansed every last Jew from the area 19 years earlier. Prior to this ethnic cleansing, Jews had not only lived there almost continuously for 3,000 years but constituted an absolute majority of the city’s residents for the past century. Still, one can understand the paper’s dilemma. It might be difficult to explain to readers why the Times, which normally condemns ethnic cleansing, suddenly condones it when the victims are Jews; much better to simply conceal the fact that it ever happened.

Nor is the Times unique. The Israeli paper most quoted by mainstream media outlets overseas–Haaretz–had a true gem in the fake news department in the form of an op-ed, printed without editorial comment, by Jordan’s Prince Hassan Bin Talal. He blithely asserted that “His Majesty King Abdullah II of Jordan, like his late father King Hussein, has been relentless in defending the rights of all believers to be able to worship freely in Jerusalem at their respective holy places, as has been the case for centuries.”

Of course, during the 19 years when King Hussein ruled east Jerusalem, not one Jew was even allowed to visit, much less pray at, the Western Wall, not to mention the Temple Mount. The Jordanians razed synagogues in east Jerusalem, vandalized Jewish cemeteries, and used the gravestones as construction material. Religious rights weren’t exactly sacrosanct during the previous 1,300 years of Muslim rule either. Some rulers were more tolerant of Jewish worship than others. But the intolerance reached its pinnacle under Hussein, and would most likely have continued under Abdullah had Israel not liberated the area from Jordan before he took the throne.

Finally, there are all the European leaders whom mainstream media outlets laud as paragons of “fact-based” governance in comparison to Donald Trump. As the Elder of Ziyon blog pointed out, leaders who have repeatedly voted for resolutions declaring east Jerusalem “occupied Palestinian territory” suddenly lined up at last Friday’s Security Council meeting on Jerusalem to declare that actually, the city is a corpus separatum, and therefore even western Jerusalem isn’t Israeli.

Clearly, these two positions are mutually contradictory: If the city is legally an international corpus separatum, as per the 1947 Partition Resolution, then it can’t be occupied Palestinian territory. Yet many European leaders evidently have no problem advancing both contradictory positions simultaneously, depending on which is more useful at any given moment for denying Jewish rights to Jerusalem and privileging Palestinian claims.

All of the above examples reflect a belief that any lie is permissible in the service of the sacred goal of denying Israeli rights in Jerusalem. But Jerusalem isn’t unique in this regard; mainstream media outlets have also deemed the truth dispensable in the service of other ideological goals. And then they have the gall to wonder why so many people, confronted with such obvious lies from the people they trusted to tell them the truth, now put more faith in “alternative facts” than they do in mainstream media and politicians. 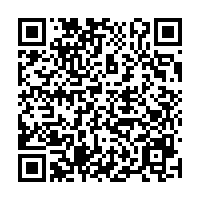