This time of year, as one reflects on the meaning of giving thanks, I want to share a very special story of how a visit from a hospital rabbi saved my life. The story began the summer before last. I had called my doctor with a terrible pain on my right side; she emphatically insisted I call 911 and immediately report to the emergency room. At age 74, I had only been hospitalized once, that being to have a baby. So, it was foreign to me to suddenly need hospital care. I was astonished when I was rushed through the emergency room and was admitted to the hospital, and with such a dismal prognosis to boot. My doctor phoned my son, who lived five hours away and told him sadly I was “dying.” I only began to realize how ill I was when overhearing a nurse telling the charge nurse about her “critically ill” patient.

Frankly, I was relieved. I was tired of life, as I had already spent four decades fighting the system that was unfairly depriving loving mothers of their children. Demoralized, exhausted and permanently appalled, I thought of my death, G-d forbid, as my “liberation.”

Shortly thereafter, a man appeared at the door of my hospital room, asking: “Are you a Jew?” He was a hospital chaplain who introduced himself to me. I said “yes.” I was too sick to want to engage in conversation but suddenly a great need for his counsel seemed to bloom in my heart. “Rabbi, may we speak about something that involves ethics and human behavior? I badly need counseling from a Jewish perspective.”

The rabbi sat beside my bed. I explained my history as an activist in helping mothers, culminating in an academic book that was used in classrooms throughout the country. I took each mother’s case to heart. In fact, the number of cases I worked on was permanently etched in my mind. I explained to the rabbi how I tried to help 259 mothers, but had totally failed 251 of them, leaving them in no better state than when I first met them. All the cases were the same: the mothers were extinguished from the lives of their children by cruel and heartless family court decisions that punished these mothers for trying to protect their children from abuse. However, of all these cases, one had continued to haunt me, and I couldn’t leave this world with this case still unresolved.

At the focus of that case, was a Jewish mother from Brooklyn. She had no “strikes against her” but lost her child nevertheless because the court system didn’t believe her in spite of strong corroborative evidence against the father. This mother was treated worse than a criminal by the family court. I was also cognizant of the fact that I had a piece of evidence in my possession that would shine a radically different light on this case and perhaps finally reconcile mother and daughter.

I did nothing with this “evidence” because I had finally “retired” from these miserable and fervent activities of helping mothers because of advancing age. But now the question that I asked myself was whether I should reveal this evidence. I knew that it would be difficult and traumatic to confront the injustices once again that had suffused this case. Yet, at the same time, failure to revisit this matter would leave a blameless woman in a state of sorrow that she never deserved in the first place.

I turned to the rabbi and said, “I don’t want to carry this with me to my grave.” Though listening intently, he said rather nonchalantly that he could not tell me what to do. But then the rabbi’s voice changed and his words pierced through me like an arrow: “It is a very heavy thing to carry to your grave!” He paused and sought to counsel me. He assured me that I would not be committing loshon hara by revealing the evidence clearing this Jewish woman’s name and rehabilitating her reputation among those who had questioned her credibility.

In this pivotal moment with the rabbi, he imbued me with a miraculous life force that is completely inexplicable. Instead of dying, I am now walking over two miles a day.

There is no medical explanation for my reversal of fate. Friends of mine have all called it a neis – a true miracle. I call it emunah. The rabbi’s visit to me was a visit from a tzaddik indeed. He sang to me “Kol Ha-Olam Kulo Gesher Tzar Meod” (The Whole World is a Narrow Bridge), and I felt an immediate lifting of a very heavy burden. I made up my mind then and there to help reunite this mother and child, as the very last thing I would do as my tafkid on earth.

In fact, I have done so without any fear or hesitation. The entire history of the Jewish people in the Holy Land and in the Diaspora has involved work, risk and devotion to truth, and these principles sustain me every day. There is no guarantee that my efforts to contribute to Tikkun Olam will succeed. But I will try with all my might to bring about a positive resolution to this travesty of justice so both mother and child will be back in each other’s arms once again. The visit from the rabbi gave me the chance to try, to put forth the effort – that is, to navigate a narrow bridge in a world where we are all one.

The mother from Brooklyn referred to in this article is Dr. Amy Neustein, the subject of our article, “One Woman’s Fight Against the American Family Court System” in the August 12 issue. 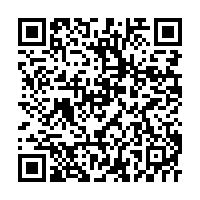