This is a moment of “moral panic” in the United States.

All this yelling and screaming and crying and whining about Nazis and Klansmen and White Supremacists is like nothing so much as the Red Scare of the 1950s.


As you will remember from either personal experience or from the classroom, the early Cold War is often understood and discussed as a period of anti-Communist “witch hunts.”

Even Lucille Ball, of all people, was dragged before the House Un-American Activities Committee (HUAC) in 1953 to answer for her Communist grandfather and her brief moment in the Party in the late 1930s.

Both Democratic and Republican politicians followed “Tail Gunner Joe” McCarthy into scaring the holy hell out of the American public to such an extent that hard-right Republicans were able to challenge no less a revered figure than President Dwight Eisenhower… former Supreme Allied Commander for the invasion of Europe in 1944… who they considered soft.

Of course – as it turns out after the fall of the Soviet Union and the opening of their archives in the early 1990s – there was a bit more truth to the notion of Communist infiltration than anybody who grew up within the American Jewish Left is eager to admit.

What I suspect, and what professional historians tend to believe, is that Joe McCarthy, more than anything else, was a politician with his finger to the wind.

He saw the early Cold War political zeitgeist and recognized a terrific opportunity. This is not to say that he was insincere but the hour was there for the taking and he absolutely took it.

In doing so, he and the political establishment more generally – Democratic and Republican – whipped up fear and hatred in the heart of the American public toward the Russians and the “Commies.” They did so in some measure for political gain and in some measure because they honestly believed that by staring down the Soviets they were serving the American people.

It must be noted, obviously, that the Soviet Union was an honest threat to the lives of the American people. Although we chuckle at it in retrospect when the new, post-war suburbanites built bomb shelters in their backyards (in lieu of swimming pools) it was not entirely out of irrational fear.

Nonetheless, Cold War architects from Truman to Nixon used the “bully pulpit” to drive that fear into the minds of as many Americans as possible.

{Here we are again.}

The irony, of course, is that instead of searching beneath every bed sheet for a Communist Infiltrator we are now conducting an American “witch hunt” for Nazis.

It is a Race Scare.

We gather in great numbers to pat ourselves on the back, marching against HATE and congratulate one another for our virtues of tolerance as we encourage fear and loathing toward an insidious green fascist frog man.

The truth is that we hate hate so much that some of us feel a moral imperative to dress up in black and hide our faces for the purpose of beating the holy hell out of anyone bold enough to listen to a Gay Jewish Conservative speak at UC Berkeley or, say, a traditional religious conservative like Ben Shapiro.

That is how much we hate hate.

Even well-meaning, upwardly-mobile, Champaign Socialists – who would never dare physically confront a man on the street merely because that person was wearing a red baseball cap – generally support such good, old-fashioned ass-whoopins’ in the name of “anti-fascism” by the Kids in Black.

{Nothing, after all, suggests a political attitude opposed to fascism so much as clobbering people in the streets like it’s late 1920s Berlin.}

And, now, following the lead of those “progressives” in ISIS and the rest of political Islam, we are ripping down historical monuments that remind us of a past that we want nothing to do with and we are signaling our virtue and goodness and progressive-left social inclusion by donning “pink pussy hats” and encouraging Black Lives Matter to call for the murder of cops.

And, so, yes, this is the most insidious political moment in my lifetime.

One would have to go back to 1968 to find this level of vitriol.

The difference is that over 58,000 young American soldiers died in the Vietnam War. The draft yanked young American men out of their lives for the purpose of killing the Viet Cong… who they did not know from a hot pastrami sandwich.

What the counterculture and the New Left wanted was to end that war.

What Martin Luther King, Jr. wanted was the franchise for African-Americans and to promote anti-racism.

This, unfortunately, is in direct opposition to the contemporary progressive-left which worships ethnicity above all.

So, my question to the progressive-left today is, just what the hell do you want?

But, in the meantime – after you figure out how to specifically articulate the answer to that question – please stop scaring Jewish people with the ghosts of Nazis, if you do not mind.

It is one of the smaller, but uglier, aspects of this obnoxious political moment. 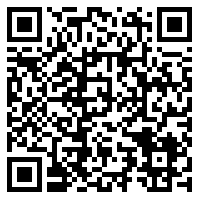