The new F-35 are slated to undergo an integration process including the installation of unique Israeli features. The US initially refused to allow the integration of Israel’s own electronic warfare systems into the aircraft’s built-in electronic suite, but it appears clear that the IAF is adding a plug-and-play feature to the main computer to allow for the use of Israeli electronics in an add-on fashion, and to fit its own external jamming pod.


Israel also plans to install its own indigenously-produced guided bombs and air-to-air missiles in the F-35’s internal weapon bays. Benni Cohen, General Manager of LAHAV division in Israel Aerospace Industries compared Israel’s Command and control system to an iPhone App that would run on top of the central avionics.

The Israeli F-35s are based at Nevatim Airbase in the Negev. The decision was based on operational, environmental, infrastructure and training considerations, as well as the IDF’s strategic vision to transfer some of its bases to the region to encourage its social and economic growth.

The infrastructure that was built to accommodate the F-35s includes hardened aircraft shelters, underground pens, and maintenance facilities.

Israel plans to procure 50 F-35s eventually, with each aircraft costing about $96 million, with further expenses on training, simulators, spare parts and the building of maintenance infrastructure. To sweeten the deal, Lockheed Martin is buying parts and systems—such as the wings—for the F-35 from Israeli companies at a cost of $4 billion. 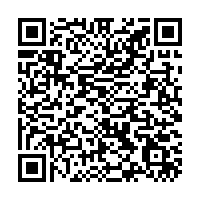