With the characteristic pseudo-intellectual babble that currently dilutes the scholarly relevance of the social sciences and humanities, the NWSA’s recommendation to approve a boycott announced that “As feminist scholars, activists, teachers, and public intellectuals we recognize the interconnectedness of systemic forms of oppression” – that “interconnectedness” no doubt justifying the singling out of Israeli academics for their particularly odious role in the oppression of women in the Middle East.


“In the spirit of this intersectional perspective,” these moral termagants continued, “we cannot overlook the injustice and violence, including sexual and gender-based violence, perpetrated against Palestinians and other Arabs in the West Bank, Gaza Strip, within Israel and in the Golan Heights, as well as the colonial displacement of hundreds of thousands of Palestinians during the 1948 Nakba.”

Apparently, this “intersectional perspective” has not enabled NWSA members to notice the injustice and violence currently being meted out against Israelis, either as a result of the shower of some 12,000 Hamas rockets launched from Gaza since 2005 with the intention of murdering Jewish civilians, or as part of the ongoing “knife Intifada” being carried out by psychopathic Palestinians wielding knives, guns, rocks, and automobiles used as weapons.

But facts and history are not the concern of the morally elevated professoriate. Revealingly, the language conjuring up “the colonial displacement of hundreds of thousands of Palestinians during the 1948 Nakba” reveals the victim-centric, oppression-laden worldview of the NWSA, in which the legal creation of the Jewish state is framed as an unjust colonial enterprise during which innocent, indigenous Arabs in a fictitious country called Palestine experience a “nakba,” a catastrophe, in which they were either ethnically cleansed from their lands or remained and now live in the oppressive, apartheid, racist state of Israel.

It is clear that the moral narcissists of the NWSA are so blinded by their obsession with the perceived oppression, gender violence, and racism of Israel that the organization could make such a breathtakingly obtuse statement as the allegation that Israel is guilty of “sexual and gender-based violence, perpetrated against Palestinians and other Arabs in the West Bank, Gaza Strip, within Israel and in the Golan Heights.”

Perhaps it has escaped the notice of the NWSA experts on gender and sexuality issues that if one wanted to punish any Middle Eastern country for its subjugation and abuse of women, Israel would probably not be the first nation to come under reasonable or justifiable scrutiny for a group dedicated “to principles of human rights, justice and freedom for all, including academic freedom.”

Totalitarian and despotic regimes throughout the region have created an oppressive group of social pathologies that negatively affect women, including genital mutilation, stoning of adulteresses, “honor” killings by fathers and brothers who have been shamed, cultures of gender apartheid in which women are seen as property with no emotional or physical autonomy, ubiquitous sexual assault, and a general subjugation of women, complete with regulations governing behavior, movement, speech, and even requirements that women be covered by burqa or hijab.

The society of the Palestinian territories, most appropriately, might provide some examples of relevance for feminists trying to identify misogyny and suppression of the human and civil rights women, even though the NWSA saw fit to answer “the 2005 call by Palestinian civil society for Boycott, Divestment, and Sanctions (BDS) of economic, military and cultural entities and projects sponsored by the state of Israel,” and have not a single negative word to say about the Palestinians and the conditions of Arab women.

Nor would NWSA members have difficulty looking for the oppression of women in some of Israel’s neighboring countries, nations with dreadful records of protecting the rights, lives, and bodies of women. A 2015 Thomson Reuters Foundation poll, for example, “assessed 22 Arab states on violence against women, reproductive rights, treatment of women within the family, their integration into society and attitudes towards a woman’s role in politics and the economy,” and raised serious concerns about the status of women in those countries – all of which seemed to have slipped off the moral radar screens of the NWSA.

Like other members of the academic Left, who believe their worldview is correct and virtuous because it seeks to create a world in which social equanimity will be realized by the downtrodden, members of the NWSA support such intellectually dishonest campaigns as academic boycotts because doing so enables them to denounce Israel as an imperialistic, racist, militaristic oppressor.

“Moral narcissists,” observed legal commentator Jay B. Gaskill, “have adopted a camouflage strategy to escape the moral disapproval of others [and] . . . they accomplish this camouflage by cloaking their narcissism in the trappings of ‘social justice positioning.’ ”

The moral narcissist’s reasoning may be defective, ahistorical, counter-intuitive, or just wrong, but he still feels good about himself. But in this worldview there can be only one enemy of justice, and Israel is that enemy. 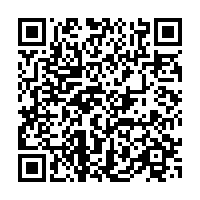