If you’re not a West Wing fan, this entire opening will not be nearly as meaningful as if you were, but I hope you’ll get the gist of it. In the pilot episode of TWW, three fundamentalist Christians—not the show’s favorite group in the world— Mary Marsh, Al Caldwell, and John Van Dyke, arrive at the White House for a meeting with the senior staff. The context is that Josh Lyman needs to apologize to the visitors for something unkind he had said. Josh apologizes, and then Marsh, who is tougher than her two male colleagues, begins a negotiation over concessions from the President in return for a truce. She puts it squarely to Lyman: “What’s it gonna be?”

“What’s it gonna be?” Josh is taken aback. “We’re not prepared to make a deal right now.”


“Sure we are,” she says, then, in total contempt, adds, “You’re cleaning out your desk at the end of the day. I’ll negotiate with Toby, if it’s all the same.”

At which point Toby Ziegler says, “It was only a matter of time.”

Then Marsh says, “That New York sense of humor — They think they’re smarter. But nobody else does.”

“I’m actually from Connecticut,” says Josh, unaware of the dagger in his chest. So Toby explains: “But the point is, she meant Jewish. New York sense of humor — she meant you and me.”

One of the top ten TWW moments in my book, when show creator Aaron Sorkin sent a clear message to us, the viewers, that this was going to be a show about political reality we could get addicted to.

Last night I heard Republican presidential candidate Ted Cruz, a man I have been following favorably, trying to assess if my personal loathing for Hillary Clinton was strong enough to cast my vote for him should that moment come — that Ted Cruz crossed the line, in a way that I recognize on a deep, emotional and psychological level, because I am a New York Jew.

In an interview on the Howie Carr radio show on Tuesday, Cruz, who had been attacked by everybody’s favorite relentless bully Donald Trump about his American citizenship, suggested that Trump should play “New York, New York” at his rallies, rather than “Born in the USA,” which Trump had been using to suggest that Canadian born Cruz wasn’t.

“I think he may shift in his new rallies to playing ‘New York, New York’ because Donald comes from New York and he embodies New York values,” Cruz said.

I didn’t hear that exchange and the news report didn’t make it to my news junky radar screen, but I would have, because of that TWW episode. Some TV shows leave an impression. But I certainly took note at Thursday night’s Republican candidates debate.

Host Neil Cavuto said: Senator Cruz, you suggested Mr. Trump, quote, “embodies New York values.” Could you explain what you mean by that?

Cruz: You know, I think most people know exactly what New York values are.

Host Maria Bartiromo: I am from New York. I don’t.

Cruz: But I promise you, in the state of South Carolina, they do.

Cruz: And listen, there are many, many wonderful, wonderful working men and women in the state of New York. But everyone understands that the values in New York City are socially liberal or pro-abortion or pro- gay-marriage, focus around money and the media.

And — and I would note indeed, the reason I said that is I was asked — my friend Donald has taken to it as (ph) advance playing Bruce Springsteen’s “Born in the USA,” and I was asked what I thought of that. And I said, “well, if he wanted to play a song, maybe he could play, ‘New York, New York’?” And — and — you know, the concept of New York values is not that complicated to figure out.

Not too many years ago, Donald did a long interview with Tim Russert. And in that interview, he explained his views on a whole host of issues that were very, very different from the views he’s describing now. And his explanation — he said, “look, I’m from New York, that’s what we believe in New York. Those aren’t Iowa values, but this is what we believe in New York.” And so that was his explanation. And — and I guess I can — can frame it another way. Not a lot of conservatives come out of Manhattan. I’m just saying.

I believe in fairness, and so I cited the full transcript above, rather than shape it to serve my point with cuts and omissions. And for the record I don’t believe Senator Ted Cruz is an anti-Semite. He’s a loyal friend of Israel and has enough Jewish following to suggest he isn’t. But when he used the New York values quote he did it in the very same vein as that character on the West Wing, as a short form for people like me.

And the part that disturbed me the most was not so much what Cruz said, but the laughter and the applause of the audience. As in, “But I promise you, in the state of South Carolina, they do. (Applause)”

What can I tell you, as a New York Jew, when people down in South Carolina laugh at and applaud an insult at my expense — I get nervous. Just like Toby Ziegler. 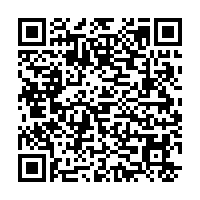