To what extent is a party whose roots are in the Muslim Brotherhood movement, and whose history is enmeshed with the struggle against Zionism and the State of Israel, capable of renouncing its religious and national objectives and settling for municipal achievements?

This question is especially pertinent in light of the inevitable clashes between Israel and Hamas, which is the sister movement of the United Arab List (Ra’am).


From the inception of the Muslim Brotherhood in the late 1920s, its founder Hassan Banna characterized the “Palestine problem” as a central issue for the Muslim world and did his utmost to support the struggle against Zionism. The Muslim Brotherhood took part in the “Arab Revolt” (1936-39) in Mandatory Palestine and sent volunteer forces to take part in the 1948 war. It is not by chance that the opening of the Hamas Covenant—Hamas is the Palestinian branch of the Brotherhood— quotes Banna’s vow that “Israel will exist and will continue to exist until Islam obliterates it, just as it obliterated others before it.”

The Israeli Islamic Movement was established in the 1970s by Abdullah Nimr Darwish of Kafr Qassem. At first, the movement focused on charitable and dawa activities like founding mosques and organizing groups for Quran and religious studies. In the late 1970s, Darwish established the Usrat al-Jihad (Family of Jihad) organization, which engaged in terror activity in Israel. As a result, Darwish and his comrades were arrested, but they were freed in the 1985 Jibril deal.

From that point on, Darwish took great care to emphasize that he acted within the bounds of Israeli law while urging Palestinians and their sympathizers to continue the struggle against Israel. The Oslo Accords precipitated a split in the Islamic Movement between the Southern Branch, headed by Darwish and Ibrahim Sarsur, who favored participation in the Knesset, and the Northern Branch, headed by Raed Salah and Kamel Khatib, who opposed such participation. In November 2015, the Northern Branch was declared illegal and its leaders put in prison, where they remain. The Southern Branch, in striking contrast, is now represented in the Knesset by the Ra’am Party, which is also part of the governing coalition.

The Southern Branch’s support for taking part in the Israeli political system was explained in 2006 by Sarsur, then head of the Ra’am Party, who declared, “Our participation in the Knesset elections does not annul our ideology, according to which the rule over the land, or at least over Arab and Muslim land [including what is now the State of Israel], must be Islamic rule under the leadership of a caliph.”

It comes as no surprise, then, that the Southern Branch has expressed open support for the Palestinian “armed struggle against the occupation” in the West Bank and the Gaza Strip, and for sister-movement Hamas in particular. “We are certain that Hamas will lead the Palestinian people to advancement and to achievements,” declared Sarsur after Hamas’s overwhelming victory in the January 2006 Palestinian parliamentary elections. “The Palestinians elected Hamas so it would lead them to achievements, not disasters, and we think the approach of [PM Ehud] Olmert is aimed at pushing the region into a dark tunnel. The world must honor the decision of the Palestinians.”

The movement’s newspaper as-Sirat, from its inception to the present day, has offered positive coverage of Hamas alongside anti-Israeli expressions and open antisemitism. In December 1989, for example, when Darwish was editor of the paper, it claimed that “Satan cultivated the claim of the Nazi race’s superiority to humanity in general. Now its descendants claim the superiority of a certain race over all others. Satan has found his agents, flesh and blood, who joyously carry out his satanic doctrine. Whoever respects himself must stand against Satan and his army. Only the legion of faith, when it is unified, can overturn his counsel.” The antisemitic motif of the Jews as Satan’s soldiers appears frequently in Muslim Brotherhood publications, including the Hamas Covenant—usually in the context of the hadith on the great battle of Judgment Day in which the Muslims will annihilate all the Jews of the earth.

Ra’am leader Mansour Abbas’s promise, when taking the oath of office for the Knesset, “to return the occupied lands that were confiscated from our people” did not come out of nowhere. While for westerners and Israelis the term “occupied territories” refers to the West Bank and the Gaza Strip, captured by Israel during the 1967 war, as far as the religious scholars of the Muslim Brotherhood are concerned (not to mention the Palestinian national movement including the PLO, alongside the overwhelming majority of Israeli Arabs), all Israeli territory is “occupied land.” Indeed, the ideological differences between the Northern and the Southern Branches are minor, as attested in 2011 by Kamel Khatib, deputy head of the Northern Branch: “At the current stage there are understandings between the two branches of the Islamic Movement, and I hope this will take the form of the unification of the movement. Especially now that the head of the Southern Branch, Sheikh Hamad Abu Dabas, has proclaimed that if the price of unifying the Islamic Movement is non-participation in the Knesset elections, then they will not participate in them.”

Since then significant changes have occurred in the Islamic Movement’s status, of which the main one is the outlawing of the Northern Branch. There is still, however, a built-in paradox between the Islamic Movement/Ra’am’s ideology and its pragmatic activities. Thus, for example, the Islamic Movement operates the nonprofit Al-Aqsa Foundation, which brings worshipers to pray at the Al-Aqsa Mosque so as to bolster the Islamic presence on the Temple Mount and hinder Jews from entering it. The Islamic Movement also sponsors incitement-fraught rallies against alleged danger to the mosque and runs fundraising drives for its upkeep.

During the 2021 riots, the Islamic Movement held rallies supporting the Israeli Arabs of the mixed cities against “the state authorities’ aggression,” and the movement’s websites called for demonstrations (i.e., riots) by thousands in Akko and Jaffa. The Southern Branch also identified with Hamas during the latest Gaza war at a time when the terror organization was raining thousands of rockets and missiles on Israel’s cities and villages.

It must, then, be asked how long and to what extent Mansour Abbas, as representative of the Muslim Brotherhood in the Knesset and the Israeli government, will be able to settle for municipal achievements for his constituents while covering up the ideological objectives that guide his path.

(Col. (res.) Dr. Shaul Bartal is a research associate at the Begin-Sadat Center for Strategic Studies) 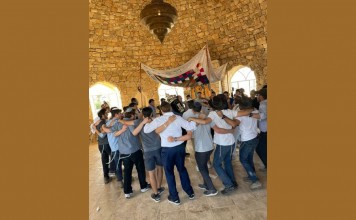 Teshuva on the Judean Frontier 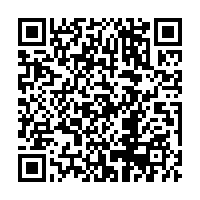